To quote The-prettiest-girl-in-the-world, last Saturday, we’d be ‘getting our culture on.”

See, The-Oldest has fallen in love. Not with a girl. No. Not yet, thank God.

And it’s not hip-hop or rap or alternative rock or whatever the hell Justin Bieber is doing these days. No, he’s fallen in love with classical music – and is busy learning to play it on our piano at home.

So we felt great joy when we found that the Vancouver symphony Orchestra offered up an evening of Mozart, Beethoven, some guy named Schnittke (which I thought was a totally made-up name) and someone called Valentyn Silvestrov (Who? What?)

Now, when I say ‘great joy’, I mean we were super excited to share this experience with The-Oldest. Honestly, I’m not sure any of us would have gone if it hadn’t been for him. For us, it would be like a colonoscopy only with more music.

Not that we hate classical music. It’s more like we just don’t get it on any deep level – and to truly love classical, I think you gotz to understandz it. On the surface, though, composers like Mozart or Beethoven are pretty likable for us noobies.

And the location, the Orpheum, was a beautiful venue. Not Vienna-Opera-House-beautiful, but elegant and kind of old-worldie.

After we arrived, we went pee, then sat down. If there’s one thing I’ve learned, it’s get the boys peed. Especially The-Youngest. He was going to have a tough enough time not getting an attack of the wigglies for the 62 hours this concert would last.

Then the concert began.

I completely disliked the whole shnik–schittka-schnittke (whatever) Moz-art thing. Yuck. It was a mix of Hayden and Mozart and seemed to have managed to get the worst aspects of both. As my brother later said, “it’s an acquired taste” which basically means it’s terrible, but some people like it for some reason. Like cherry coke.

But then the pianist, Joyce Yang, came on and boy, did she put on a show. I loved listening to how she still played with passion, even though she must have played that ‘like a billion times’ (to quote The-Oldest.)

But for The-Oldest… he was in heaven. He sat there listening with a look of rapture, the kind of look I know I had for a cute girl in the 7th grade who sat beside me. One desk up.

Now it could have been her. She was lovely, but honestly, I think it was the music for him.

At times The-Oldest closed his eyes, just listening, absorbing it, letting the music fill him. The closest I can come to that look is sitting in a hot tub after a hard work out. Or on the couch after a good turkey dinner.

He loved hearing Mozart, but being 13, he thought, “Mozart had a little too much repetition in his first movement.” Ha! Oh, the joy of being young and knowing it all (or at least being the eternal critic.)

Beethoven, he loved more. It was a complex piece. It started out all depressing, which I loved, but then moved on to be less somber and finally quite joyful. It was remarkable. The-Oldest tried his hardest to explain it to me, but this is all I heard.

It’s not like I don’t want to hear what he has to say. But I am a bear with a very little brain and all this new stuff hurts my head. Plus, by the time I was done, I was starving and some of the words got translated in my brain into food.

But it was a huge success. The-Oldest loved it. The-Youngest didn’t drive everyone around him nuts with a case of ants-in-the-pants and I, well, I didn’t fall asleep at any point.

And, you know what, that’s the coolest thing about being a new Stepdad. I get to do all sorts of things that I wouldn’t otherwise do.

This time, I even got my culture on. And the Band Played Ball of Confusion

Ok, so just because school is out doesn’t mean that there aren’t stories still to be told. This one was from early June. 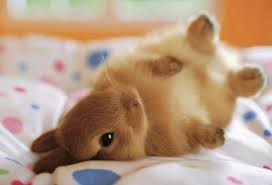 Going to a school band concert is like drowning in bunnies or being beaten with butterfly wings. It’s super cute and super painful.

However, I think there is a correlation between the competence and cuteness factors. The cuter it is, like say watching kindergarten kids perform a play dressed up as trees, faeries and dancing moons, the more likely it is to be a mess.

Maybe that’s part of what makes it so cute. It’s why we go.

I mean who goes to see the Vancouver philharmonic or Guns and Roses because they’re cute?  (though I did see Paul Simon and he was kinda cute.) No, we go cuz they’re professionals and are extremely competent.

Not so much for a school band concert. A French horn could randomly pipe in with no warning. Someone could drop the cymbals, (someone always seems to drop the cymbals).  A violinist could sneeze. A flutist could be staring up at the ceiling, thinking deep thoughts about what they’re going to have for supper and completely forget to play for a whole song.

Yup, I’ve seen all those things.

Oh sure, some of the kids even know when they’ve buggered up something. They roll their eyes at themselves as they squeak out a banshee-like sound on their cello. They look horrified when they blow the wrong note out of their trumpet. Their earnest, little faces strain as they try to follow the conductor while the tuba guy beside them booms out his tune.

But it’s all very cute.

So let me tell you about the last concert of the year.

It all starts at the start, which is, perhaps, where most things start. They shuffle in pretty much all looking like they’d rather be taking a math quiz. The parents, grandparents, brothers, sisters, uncles and aunts, friends and fellow classmates are all seated, quietly waiting for the concert to begin – ok, sometimes not so quietly, (and I’m not talking about the kindergarten kids making fart noises.)

Then the conductor, the teacher, comes to stand in front of them. A hundred iphones and video recorders are turned on and pointed in his direction. He explains what they’re about to play which is awesome because once they start, it can sometimes be hard to tell.

The kids behind him shift nervously in their seats. Only one kid looks confident and I’m pretty sure he’s got gas or something. I’m there to cheer on the oldest boy in my new family who’s playing a trumpet in the back row, sitting beside a girl who, I’m pretty sure, has a crush on him. He has the thousand yard stare of a war-scarred vet about to go into one last battle. Then he sees me and waves.

I wave my iphone back at him.

Then the conductor raises his baton and they begin.

I brace myself for a horrific cacophony of sound. When I went to my first concert at the beginning of the year, it was so painful as to actually be painful. But hey, the kids were just starting out – many trying their instruments for the first time – so painful was kind of expected.

But much to my surprise, this time they mostly hit their notes, and their timing is more or less spot on.

I’m not a music guy so I have no idea how hard this really is, but having heard the first attempts earlier in the year, it’s gotta be dead hard.

However, sitting in the gym at the last concert, I am stunned at how far everyone has come in under a year. Really stunned.

They’re not bad at all.

And you can see their confidence build as they progress into the concert. No one has poked anyone in the eye with a violin bow. No one has decided it was more important to tie a shoe than play a note. No one looks on the verge of tears.

They play their hearts out. It’s not perfect. But it’s a perfect balance between cute and competence. At the end, you could see on their faces how proud they were at what they’d done.

The audience applauds thunderously. Mozart rolls over in his grave. I give the oldest the thumbs up.

It is the perfect balance of cute and competent.

And a perfect reward to a year of listening to the oldest practice his trumpet three feet from my ears.