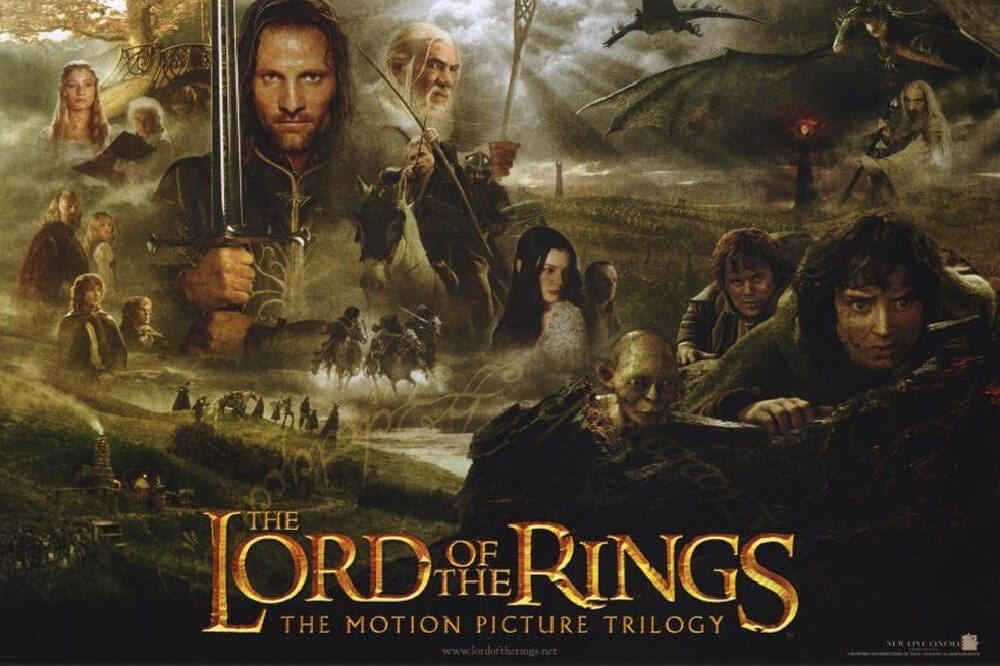 The Lord of the Rings is a film series consisting of three high fantasy adventure films directed by Peter Jackson. They are based on the novel The Lord of the Rings by J. R. R. Tolkien. The films are subtitled The Fellowship of the Ring (2001), The Two Towers (2002) and The Return of the King (2003). They are a New Zealand-American venture produced by WingNut Films and The Saul Zaentz Company and distributed by New Line Cinema.

Considered to be one of the biggest and most ambitious film projects ever undertaken, with an overall budget of $281 million (some sources say $310-$330 million),[2] the entire project took eight years, with the filming for all three films done simultaneously and entirely in New Zealand, Jackson’s native country. Each film in the series also had special extended editions released on DVD a year after their respective theatrical releases. While the films follow the book’s general storyline, they do omit some of the novel’s plot elements and include some additions to and deviations from the source material.

Set in the fictional world of Middle-earth, the films follow the hobbit Frodo Baggins (Elijah Wood) as he and the Fellowship embark on a quest to destroy the One Ring, and thus ensure the destruction of its maker, the Dark Lord Sauron. The Fellowship eventually splits up and Frodo continues the quest together with his loyal companion Sam (Sean Astin) and the treacherous Gollum (Andy Serkis). Meanwhile, Aragorn (Viggo Mortensen), heir in exile to the throne of Gondor, Legolas, Gimli, Merry, and Pippin, and the wizardGandalf (Ian McKellen) unite to rally the Free Peoples of Middle-earth in the War of the Ring.

The series was received with overwhelming praise and was a major financial success, with the films collectively being among the highest-grossing film series of all time. The films were critically acclaimed and heavily awarded, winning 17 out of 30 total Academy Award nominations. The final film in the series, The Return of the King, won all 11 of its Academy Award nominations including Best Picture, which also tied it with Ben-Hur and Titanic for most Academy Awards received for a film. The series received wide praise for its innovative special and visual effects.