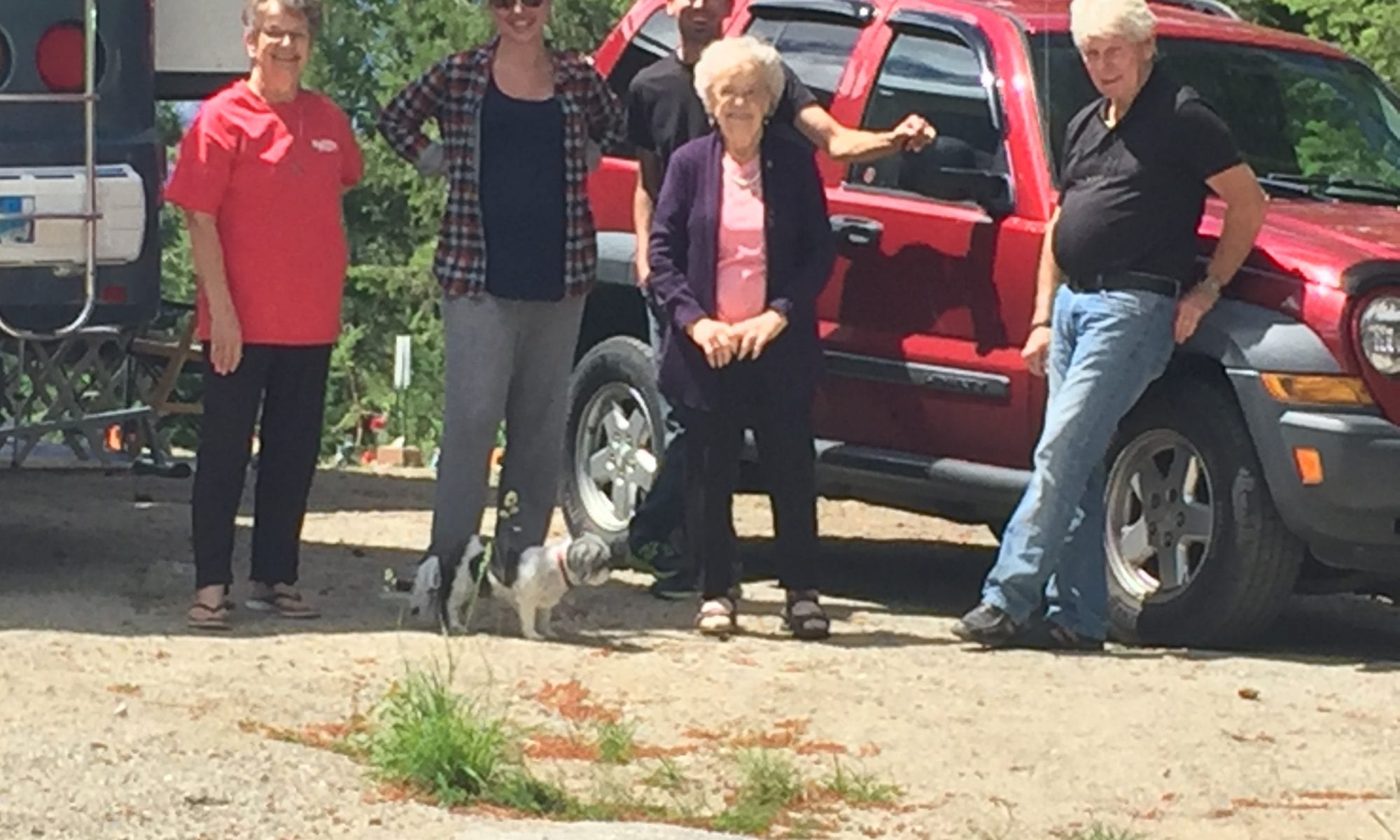 As I write out my notes, The-Prettiest-Girl-in-the-World’s Baba has just gotten out of the hospital after having major emergency surgery.

At 94, she may be one of the most incredible people I’ve met with her Old World wisdom, quick wit, and constitution of Rasputin.

But as we pulled into her parent’s driveway high atop a mountain in Osoyoos, we had no idea how sick she was.

So no matter what adventures we would have, this was a good reminder of what’s important.

As we ate like kings (endless amounts of scrambled eggs, toast, sausages, bacon, hash browns), we caught up with our relatives. We learned that names have been chosen for a soon-to-arrive baby, though none of them are mine (frankly the world needs more Joes), and listened to everyone’s adventures since we last saw them.

We joked with The-Youngest about catching rattlesnakes by kissing them, which, in hindsight, may have been bad idea –  and if he dies while trying to catch one, that’s on me.

I also may have advised him on such things as how to talk to girls, how to sleep while driving, and how to find gold in abandoned mine shafts. More great examples of epic parenting from me.

The-Oldest held up well during both visits, trying out his new social self. Like me, he’s more comfortable talking to himself than others, but he was on fire with the grandparents, asking engaging questions, making terrible puns, and being able to explain musical theory so it doesn’t sound like new math.

The-Youngest did his best not to fiddle with stuff, like the hot BBQ, the brakes on the RV, the nailgun in the house being built, or the satellite cable dish.

He’s a fiddler, and not the musical kind, oh no, he’d fiddle with the wires of a bomb as you tried to disarm it, and not because he’s cruel, but because his fingers have to find something to do. Stick in something. Twist something. Worm their way into something. Dismantle something. Poke something (mostly his brother).

Give him 20 minutes and I swear he could completely dismantle a tank.

The-Prettiest-Girl-in-the-World was in her element, though.

Unlike me, she’s a people person and her friends or family are the whipped cream on top of her ice-cream life. If she had her way, she would have spent days with her family, sitting under the RV awning, looking out of Osoyoos Lake and talking about life.

But, sadly, The-Oldest’s head would explode without a piano to play, The-Youngest would end up finding a way to pry out every nail in the house under construction and cause it to collapse, and me, I would be run out of super witty things to say and be forced to share.

It would be traumatic.

So we stayed a few hours, had a great time, then drove off. The schedule demanded we be on the road by 12. We had a long drive ahead of us, a drive more eventful than we planned, but I was glad we’d stopped to catch up with family. It was time well spent!