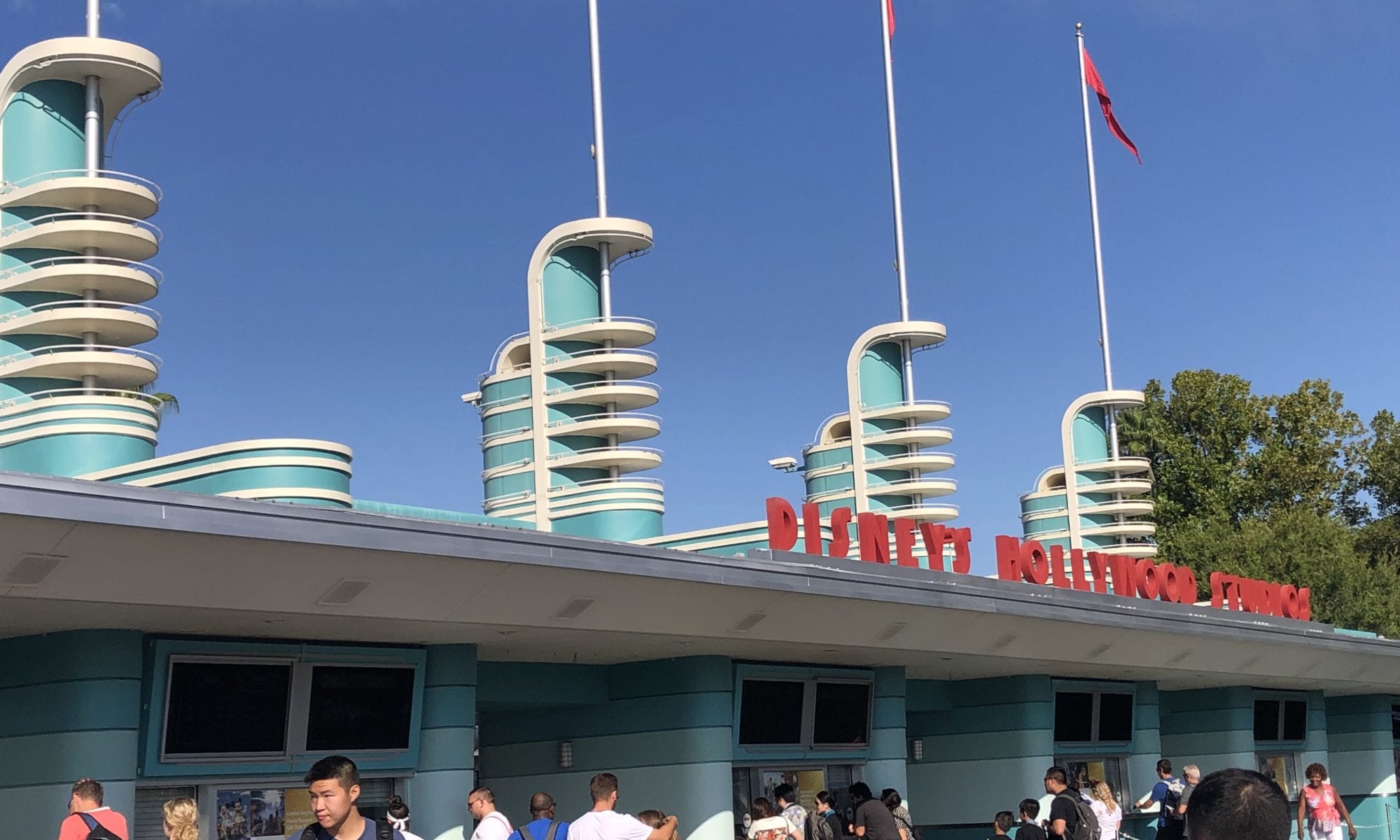 Yesterday at Disney World had been a huge success, so the plan was to repeat the strategy – Get out to Hollywood Studios for rope drop, race back to the resort when it got all hot and icky, then return to the park for more awesomeness.

Today’s Fastpasses – Star Tours at 9:10. The Rocking Rollercoaster at 10:30, then the surprisingly, super popular Slinky Dog Dash Rollercoaster at 7:45. Other attractions: Tower of Terror, Muppets 3D, Indiana Jones live show, the Barnstormer and whatever else we could get on in less than 30 min. A cool list is here.

If you recall, we had booked our Fastpass rides 60 days in advance, (and those times totally fit into our newly discovered plan.)

But if I had to do it all over again, or for anyone looking for advice, I’d book the Fastpasses for 11:00-1:00, that way we can hit up rides at rope drop when smarter people are sleeping, the weather isn’t as hot so you can stand in line and not feel like a slowly roasting chicken, and you can still get the BEST rides at a busy time.

However, the day began well enough even though we were about 15 min behind yesterday. Not a big deal, but being 15 min behind would haunt us for the entire day, like being out of step to the music (something I do so well.)

The boys ate healthy food for breakfast, which should have been sign of how weird the day would get, then we marched towards the buses.

The weather, again, was perfect, though the forecast called for, yes again, thundershowers. Seems like that was just a default setting for the weathermen, like rain is for Vancouver. They all go on vacation and simply post ‘chance of lightning and thundershowers.’

We got on the bus quickly, a good sign.

We got a seat. This was a great sign.

I didn’t have to get up my seat to a mom with a little baby, an old woman with a wonky eye or a little girl who with tearful eyes just wanted to sit by her mom. A great sign.

This was a day where nothing would go wrong. Everything was going sooo well…

Then the bus went to the wrong park.

It’s kinda what happens when too much starts going your way.

At first, (in my partially caffeinated state), shoot, we’d gotten on the wrong bus.

But The-Youngest (and by FAR the smartest in the morning), said, no we were in the right line. Then the bus driver came on the intercom. She apologized. She had gone to the wrong park. Epcot. She would get us back to Hollywood as soon as possible.

That left us 15 min behind schedule to hit the park at rope drop.

It was how the whole day would play out.