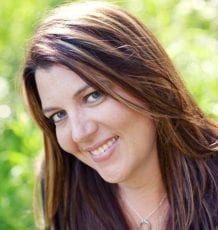 Source: 5/5/5 blog
Posted on October 29, 2017by Joe Cummings The second part will deal with the exciting world of lion taming, and the business of writing. Minus the lion taming. It’s something I wanted to know more about, so I took not one, but three … Continue reading →

There are moments you just know will stick with you forever. Often they’re bad but when they’re good, they’re very good. While in Whistler, I had both. But first, the good one.

We all had ideas of what we wanted to do in Whistler. Zip-lining. Jet-boating. And, of course, playing the piano.

To be fair, only one of us wanted the later, but The-Oldest very much wanted to find a piano in the open and play it. He’d found one is Osoyoos. It was placed out on the sidewalk with an invitation for anyone to play it.

Being brave, he played it, and much to his surprise got tipped nearly $20.

So, while in Whistler, he was determined to find another piano and entertain everyone, (and, you know, maybe collect some cash, too.)

We found one outside of the Arts Whistler Community Center. Painted brightly, it was a simple stand-up piano with a simple bench.

He sat down on the bench, hunched over the keys and began to play while we settled on comfortable benches to watch. Being slightly out of the way, there weren’t a lot of people coming by, but one family stopped and their little girl wanted to help The-Oldest out. She was enthralled with his playing and looked up in awe at The-Oldest like he was a god or like how I look at a donut.

It was cute. Super cute.

But then came along another girl who was in her, well, let’s say her early twenties. She stopped to listen, shaking her head at what The-Oldest pounded out on the keys.

“He’s amazing,” she said. “How long has he been playing?”

“18 months,” I said. “One day, he just sat down at the piano and began to play. His mom showed him the basics, but he soon zoomed past her and began to tackle Liszt and Greig and Rachmaninoff.”

“That’s incredible,” the girl said, listening to The-Oldest play. “I play the piano, too. And the guitar. And I compose.”

“That’s so cool,” I said. “He’s just begun composing. He works on it day and night.”

“He’s found his passion,” The-Prettiest-Girl-in-the-World said. “We have to drag him away to eat.”

The girl listened to The-Oldest longer. “He plays so beautifully,” she said, her eyes filling with tears. “That he’s found his passion so young in life, is… so beautiful.” Tears rolled down her cheeks.

His music, his story, had moved her.

Immediately, the Prettiest-Girl-in-the-World began to tear up as well. She comes from a teary people.

“He’s just incredible,” the girl said, wiping away her tears, then apologized for crying, but really, there was nothing to apologize for.

The-Oldest had moved his first fan to tears. Usually, I have to step on someone’s foot to do that or eat a bad burrito and expel noxious gas afterward, but he’d done it with the way he played. Fearlessly. Passionately. Beautifully.

That moment will stick with me forever.

(Below are vids of him playing)