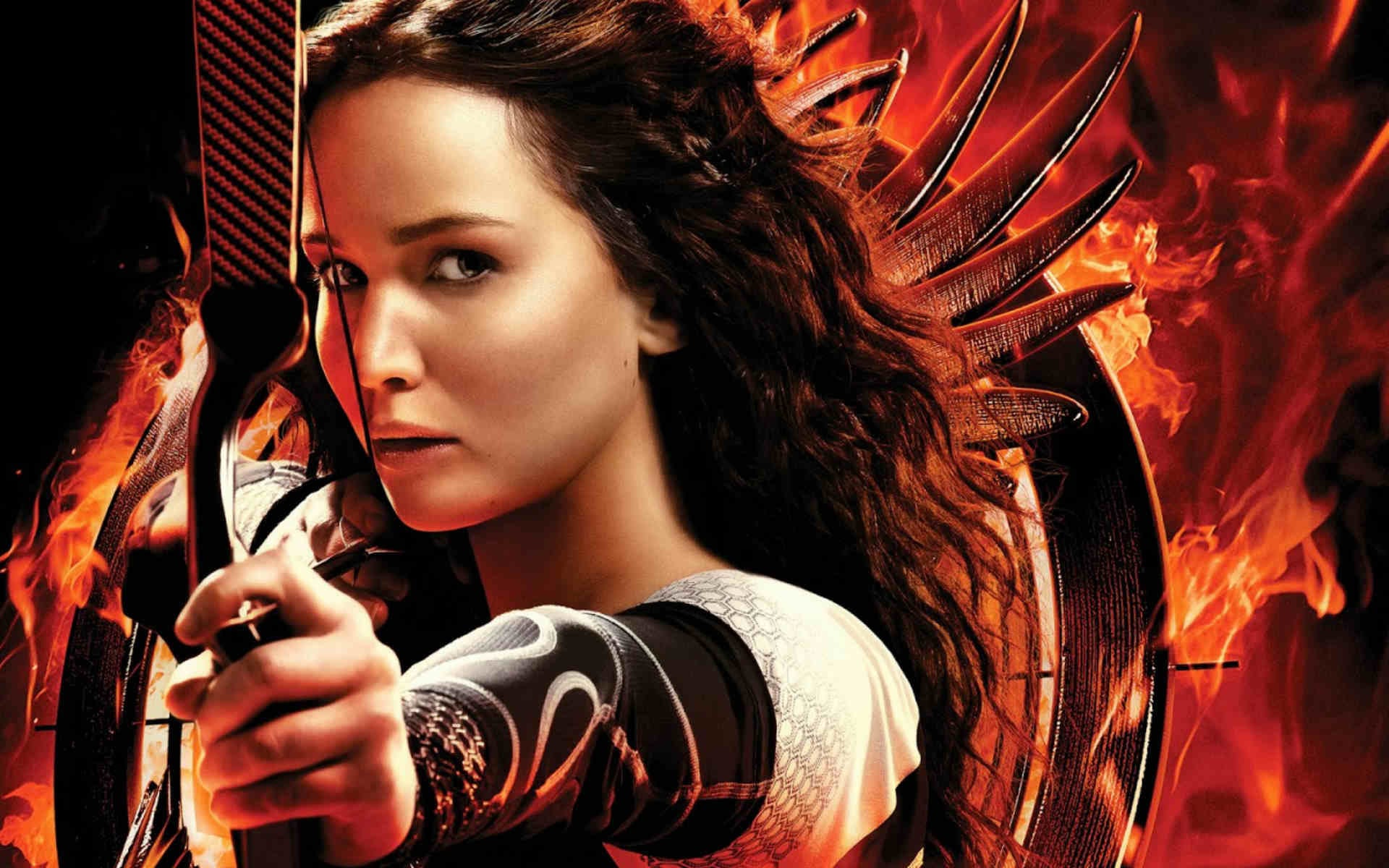 Most, however, are a disaster. Indiana Jones and the Temple of Dumb. Conan the Destroyer. Jaws the Revenge, (which if I remember correctly actually had the SHARK trying to get revenge.)

So I’m always a little cautious. Like walking on ice cautious.

The formula for success is simple. Good actors (who create great characters.) Great writing (that builds tension, adds depth and emotion to the story, that makes us care, that makes us feel.) And impressive details, from the tiny things like the whiter than white-white smile and purple eyebrows of the announcer, Caesar Flickerman, (aka, Stanley Tucci), to the immense and impressive Capital City.

Being the uber nerd, I love it when the visuals are amazing, when they’re so good you don’t poke your companion in the ribs and sneer “did blind 2 year olds do this?” The fog is perfect. The lighting is perfect. The ashen-grey of district 12 is perfect, with its coal-dusted miners tramping back home. And Katniss’ wedding dress, nothing short of amazing. (And this from a guy who normally would make farting noises when asked about wedding dresses.)

It has great moments that I won’t spoil, made even more epic by the superior acting of Jennifer Lawrence (Katniss), the ever surprising Cheers’ Woody Harrelson (Heymitch) and the evil Canadian, Donald Sutherland (who even has a very personal reason for wanting to see all the cuties dead.)

But the supporting cast and characters are strong as well, from the smirking is-he-an-ally-or-enemy? Finnick (Sam Claflin), to the spunky axe-wielding, I-love-to-be-naked-in-an-elevator, Johanna Mason (Jena Malone).

There’s so much to love. Heroes die. Innocents are abused. Villains triumph. All seems hopeless. Until the end.

Which, spoiler alert, is not really the end, but is satisfying enough, I guess, though I have to confess to sitting through the credits hoping for a bit more.

And isn’t that the best recommendation for a movie? You don’t want it to end.