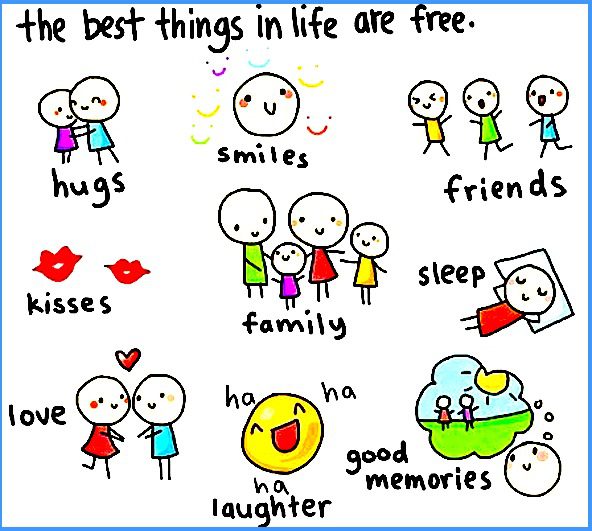 So, I thought I’d look in the other direction- a look at the good things.

Thanks, as always, to everyone who takes the time to read this blog. It feels good to get back to writing. Plus, if I am ever to have a chance at getting published, I desperately need to get more people reading this blog.  So, weirdly enough, I need to write more.

However, please share if you like this content (or just want to punish your friends/family with something terrible) so I can continue to build my audience.

The rest of the day began well enough. Most horror novels start this way.

We had THE BEST lunch at NY, NY. I love this hotel, with its fake streets and fake Manhattan skyline and fake Statue of Liberty.

We ate at the not-so-fake Broadway Burger Bar and Grill. Made our own. The boyz had their traditional hamburger – patty, bun and ketchup, no, nothing more, just plain with ketchup, no, no tomato or mustard, just plain.

I ate the massive and diet-killing philly burger, which was largely a huge burger stacked with cheese, steak, and grilled onions and peppers. OMG good. I instantly gained 30lbs.

Plus, our waiter was simply fantastic. Chatty. Informative. Funny. He not only served us food, he gave us some great advice as well.

However, it was right after that meal that things started to go pear-shaped.

The-Prettiest-Girl-in-the-World began to get a migraine which could be from me making loud eating noises and moaning, ‘Omg,’ this burger is good for the entire lunch, or it could be the beating her head took on the roller coaster, or it could simply be the stress and pressure of a day filled with making sure The-Youngest does not behave like a rabid howler monkey hopped up on coffee.

But by the time we were done, she wasn’t feeling well at all.

We could have gone back to the hotel, but The-Prettiest-Girl-in-the-World wanted to make sure her boy had a great day. She’s amazing that way.

So off to the Hershey store we went.

Now, it’s quite a balance for us, letting The-Youngest have the best time possible while making sure we don’t get kicked out of a store because our child climbed the walls or stuffed his underwear full of hard candy.

I mean, on one hand, we want him to be a kid and enjoy those kid-moments of pure happiness.

On the other hand, we do not want to live in a world ruled by unsupervised 9-year-olds going all Lord-of-the-Flies, taking off his shirt and rubbing chocolate on themselves.

But wow, did he love that store. He dragged his mom to every part of the store, showing her cups that looked like they were made out of chocolate, pillows that looked like Jolly Rancher candies, water bottles with the Hershey logo, and HUGE chocolate bars the size of brief-cases.

Then he ran into the most terrible of things. Something he’d not prepared himself for in any way despite having watched hours of video on what the inside of the Hershey store looked like. They didn’t have a dispenser for apple flavoured Jolly Ranchers.

The-Youngest wasn’t pleased. Nothing was turning out like the YouTube videos showed. First, the roller coasters were terrifying. No one told him that. Then we wouldn’t let him gamble more than $2. THEN, horror of horrors, no apple flavoured Jolly Ranchers!!!!

To be fair, he took it pretty well. It would be like me going to a tank museum and finding all the tanks didn’t have guns, or The-Prettiest-Girl-in-the-World going to a shoe store and finding a perfect pair of shoes, but forgetting her wallet. Or not having them in her size.

But he couldn’t understand why they wouldn’t have his favourite flavour. He wanted to speak to someone about this.

Luckily, that lasted only, what, a minute, then he was off, again, rushing to look at the orange peanut butter cup displays and touch all the shot glasses. FYI, if you ever buy anything like that in a candy store, wash the sh*t out of it cuz I guarantee it’s been touched by 10,000 little sticky, snotty, dirty fingers (and that’s just kid-fingers. Imagine what the adults have been touching!)

In the end, The-Youngest bought a pillow, a big bag of Jolly Ranchers, (assorted flavours) and got a free gigantic chocolate bar because, I think, he was so damn polite at the till.

That seemed to cheer him up. Nothing like free candy, right?

Then, we went to go outside. Into the bright sunshine. Into the heat.

Only to find it was raining.

I was super excited.

It’s not every day you get to see rain in Vegas. It’s kind of odd.  Like seeing a good Adam Sandler comedy or a Kardashian without make-up.

So, anyone have any idea what happens in Vegas when it rains?

Confession time. I hate everyone, and everything at 6

I hate everyone, and everything at 6 am in the morning before I’ve had coffee.

I do not leap out of bed and think, wow, what a wonderful world, I’m so grateful to be alive. I think, why no one has invented an intravenous machine that pumps hot coffee directly into your veins?

Everyone is still asleep when I get up and it’s hard to sneak out to do writing because The-Prettiest-Girl-In-the-World has momma-hearing, (and that means she detects the exact moment my breathing changes.) After thumping around, I kiss her on the forehead and tell her I hope she gets back to sleep.

The strip and casinos are dead at 6 am. Even the in-house Starbucks isn’t busy. The few who are up seem to be either rushing out with a suitcase, or staggering around red-eyed like they never went to sleep. There are a few nutbags at the hotel gym, I should imagine. Some at the slots looking tired and broke. I see one sad-looking soul at the bar (and I’m not even sure they’re serving anything.) But a casino is a spooky place without a lot of people.

Right now, I hate everyone I see. The thin guy in his expensive jogging shoes and high-tech sweat gear heading out for a run. The large black woman who’s closing in on 400lbs who has decided yoga pants are a good look this morning. The overly nice barista who tries to make happy-happy conversation with me when all I want to do is order a coffee, grande. The white-haired old guy who couldn’t figure out what to order despite standing in line for 10 freaking minutes and stands at the counter, looking at the board like this is his most difficult decision of his day and if he gets it wrong, he’s going back to the concentration camp or something, (spoiler alert, this will be me when I’m 200.)

I need coffee. Coffee doesn’t so much restore my faith in people as it moves my brain way from sleepy grumpiness to wide-awake creativity.

It really quite a transformation. I go from wanting to murder the guy who looked like he shined his bald head with a floor buffer to give it a blinding shine to reading the burlap sacks on the walls of Starbucks and wondering when the sack says “save the Amazon, use Jute” what the heck Jute is? A tree? A plant like hemp? What if I had a character named Jute? From the Amazon? Who wears burlaps sacks?

So, this morning, yes, not only will I write a bit, but I have to figure out how to make the tickets to the High Roller Ferris Wheel usable on my mobile phone. We’ve also brought tickets to the Beatles Love (Cirque du Soliel style) because The-Oldest needs a good music fix. He hasn’t been able to play his piano for nearly a week, listened to no classical music for at least two says, and I can see that his eye is starting to twitch.

Last night I failed to get those tickets on my phone. I was simply too tired to figure it all out. With more coffee, I hope everything becomes clear. Last night, The-Youngest, who listed the High Roller in his top 10 then asked, actually asked, if he could bring his iPad cuz it could be boring and he didn’t want to be bored on it.

This from the guy who bugged us for WEEKS to go on the High Roller.

Also planned for today…NY NY, mostly for the rollercoaster there, which (after supper), The-Youngest vowed NOT to go on because of his terrifying experience yesterday. He’s gone from literally vibrating with excitement at the mention of a rollercoaster to looking like he’s about to have his liver removed with a spoon and all his electronics sold to hobos.

But The-Oldest is dead keen on that coaster. He’s fearless on those things. Beyond fearless, really. He loves the speed, the exhilaration, the feel of terror and impending death.

Then after NY, NY, we’re hitting the candy shops, a place that The-Youngest can talk to you about for hours. I kid you not.

“Joe, did you know they have giant jars of Jolly Ranchers that are just the red kind, but I don’t know if they’re actually the watermelon kind or the cherry kind or what, but it doesn’t really make any difference because I like them both, but I also like the apple ones which are green, and they have jars of them, too, and all the other colors, and I think, if I have enough room in my luggage, that I’ll get the green ones, cuz apple is my favourite and Joe, did you know that they have Hershey bars that are so big that they cost $50…”

Knowing how much time everything takes, we’ll have a full day. I suspect we’ll be spending hours in the candy store alone while The-Youngest debates which two jars of candy he’ll take home. Joe, did you know that on one hand, the watermelon ones are good in the summer because they taste like real watermelon, and that’s refreshing, but apple is kind of refreshing, too, and tastes like, you know, apple, which always tastes good, but then, again, oh, look there’re the jars filled with the blueberry ones and they’re my all-time favourite…

And I wouldn’t trade them for anything.

After I’ve had my coffee, that is.