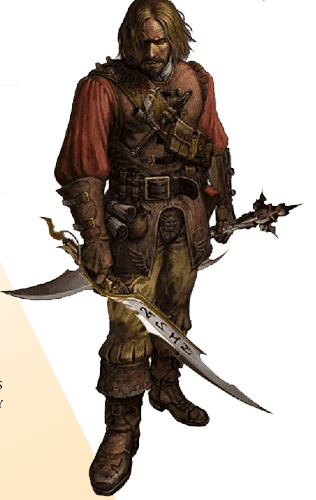 The Dungeons and Dragons Adventure was about to come to a head.

Even having seen how well the boys, (Leroy-the-Ranger, Sherlock-the-Wizard, Brad-the-Rogue, and Honor-the-Paladin) had defeated the Blackskulls in the forest or cleared the ancient, dwarven dungeon below his home, Devon the halfling feared they would not be able to defeat the men inside his home. Even with surprise and magic.

All it would take is for one of the evil doers to be alerted to their presence and Devon’s family would die. All it would take was one mistake and the party would be overwhelmed and killed.

Undaunted, Honor eased the trap door into Devon’s home. There was no one in the storage room, though the Blackskulls had drunk all the wine stored there and smashed the bottles. Carefully moving the glass out of the way, the boys entered the room one by one, the smell of stale wine and hops from the barrels of ale heavy in the air. In the distance, they heard singing, and detected the smell of cooking meat.

Quietly, they crept into the next room, a food storage room. Horrifically, the Blackskulls had killed Devon’s dogs, skinned them and strung them up for meat.

Devon’s fear from his family turned to anger. “I’ll kill every one of those bastards,” he vowed, red blotches appearing on his face.

Easing the door to the kitchen open, they saw the singing Blackskull stirring a pot of stew, unaware that the boys had come in through the trapdoor.

They closed the door and came up with a plan. Using Sherlock’-the-Wisard’s illusions, they would distract the Blackskull cook while the sharpshooting Leroy and the deadly archer, Brad, shot him dead.

But like all plans in all dungeons and dragons adventures, it fell apart the moment the door opened.

Sherlock cast his spell, but Leroy-the-Ranger’s shot went wild. As did Brad-the-Rogue’s.  Even with the element of surprise. Even with taking a moment to aim properly. They both missed.

Everything depended now on how quickly the boys could reach the Blackskull cook because if he shouted out a warning, everything would go ‘pear-shaped,’ as my dad used to say.

As fast as he could, Honor-the-Paladin thundered towards the Blackskull cook, while Leroy notched another arrow, Brad ran to stab him and Sherlock cast another spell.

Before the cook could say a word, could even really open his mouth, the boys zerged him and he fell down about as dead as anyone could be dead, stabbed, frozen from a spell, and full of arrows.

It was an impressive takedown that any SWAT guy would have been proud of.

Then they planned an ambush for the others, using an illusionary voice to lure the other guards into the kitchen, shouting, ‘food’s ready!’

In fact, it would have worked, but as Derrek Quickblade came into the room, two boys hidden under the table, two more hidden in the storage room, he didn’t fall for the illusionary cook by the pot and noticed the blood on the floor.

He drew his sword. He turned to the huge man behind him

“You know why Scar put me in charge, Ogre?”

“You’re a smart one, you is, Derrek. As smart as one of those book readers.”

The two Blackskulls raced into the room, Ogre raising his huge axe, ready to cleave one of the boys in two, Derrek whirling his blades around like a guy who was seriously comfortable with sharp objects.

Brad, the nearest, dove out from under the table and threw chairs at the giant of a man, Ogre, running as fast as he could away from that axe. Leroy, shifting under the table, aimed and fired at Derrek’s legs, but missed. Honor, seeing his friends in trouble, roared into the room, his sword drawn, his shield at the ready. Behind him, Sherlock began to weave a spell.

Ogre split the table in two as he missed Brad, and Derrek spun away from Leroy to battle Honor. Like two legendary warriors, the two began to fight, Derrek faster than any warrior Honor had ever faced.

Within moments, Derrek’s sword danced past Honor’s shield and drove deeply into the Dragonborn paladin, nearly killing him. Staggering back, gritting his sharp dragonteeth, Honor struck back, but Derrek moved with blinding speed, dodging Honor’s blade.

As the two fought, the last Blackskull ran into the room, but LeRoy spun and put a crossbow bolt in his leg. Brad lept out from under the table, tripped the Blackskull and drove his daggers into the man’s back.

While Honor continued his epic battle against Derrick, the other three heroes focused on the massive man called Ogre who seemed to take every cut from a dagger, every wound from an arrow as if he felt no pain.

Finally, Sherlock was able to get behind him and unleashed a firebolt that caught the man’s fur armor on fire. But even burning, screaming, he fought on like something out of a story told to frighten children,

But in the end, the fire consumed him and he fell to the floor.

With that, the others raced to help Honor, who could barely stand, fighting against Derrick with fury. However, so fast was the fight, the two warriors spinning, dodging, blocking, attacking, that LeRoy couldn’t get a clean crossbow shot and Sherlock’s magic failed to find the mark.

Honor took another terrible blow, Derrek’s sword slicing deep into his side, but he had watched how Derrek moved, learned the man’s martial dance and took the wound, deliberately, so he could get his own opening.

With all his strength, he slashed as Derrek’s leg. A deep, crippling strike.

Derrek staggered. Surprise twisted his face. One hand, instinctively, went to his leg.

And that was when Brad struck, coming in low. One dagger took Derrek in the thigh while the other drove deep into Derrick’s stomach.

Derrek fell to the ground, dying. Pain contorted his face. His hands held onto his stomach.

He looked at Honor and before he died, he said, “You think you have won? Death will not stop us.”Death… is… not… the end.”

The boys had won!

They had beaten the Blackskull thugs and saved the hobbits! They had completed the first chapter in what I had hoped would be an amazing dungeons and dragons adventure.

How little did they know what Derrick said would come back to haunt them?