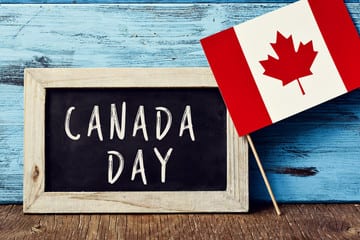 I’ve said it before, but the best stories don’t come from happiness or things going right.

They come from falling asleep while waiting in the ferry line and being woken up by honking and a ferry worker banging on your window and telling you to get the car in f…ing gear, in dealing with the Greek police after a car accident, in sorting out where you would have left your wallet in a place where people speak English about as well as you speak Mongolian, in pitching a tent in the pouring rain while lightning snaps overhead and thunder shakes the ground.

Now, I won’t say I look forward to those things, but they do make for good stories.

Our destination, this year, however, could prove to be problematic, vis-à-vis problems.

We had chosen to go to Victoria.

I booked the ferry in advance because it’s a long weekend and on those occasions, people like to travel to the Island and plug up all the roads. Now, the ferries have an odd rule. You have to arrive ½ hr before departure, but not an hour before. In other words, they give you about a ½ hour window. 5:00 – 5:30 to catch that 6 ferry.

It’s a hard window to hit in Vancouver traffic. Invariably, there’s someone who’s determined to set their truck on fire, crash into someone else or drive at the speed of a tortoise on pain meds.

Then there’s the whole getting the kids ready, packed, yanking them off electronics, stuffing them into the car and panicking as we realize we have to make a 50 min drive in 20 min now.

It can be quite the ordeal.

But not this time.

This time, we were totally ready to go hours before we had to leave. HOURS! And when we actually had to leave, it wasn’t like surgically separating them from their electronics.

Hell, we even left before we had to leave. BEFORE!

When we arrived within that 30-minute ferry window. No cards were declined. No one threw up in the backseat. No one forgot to bring the paperwork.

It all went fine.

Everyone who hadn’t made a reservation had a 2 sailing wait.

Sailing to Victoria, the weather was magnificent, the ocean calm, and the captain even yelled at a skateboarder over the PA system (stop it, we have cameras and can see you, you totally f…ing moron.) The Youngest read. READ! The Oldest didn’t once punch his brother while thinking we weren’t looking. And we listened to the Oldest’s newest composition (something honestly amazing).

Then, we blazed through ferry traffic, found a parking space right in front of our hotel and got an upgraded room so huge that the Youngest said, boy, this room is huge.

Something odd was happening here.

But it didn’t stop there. On the parliament lawn, right beside us, there was a concert playing – A duo that the Prettiest-girl-in-the-World LOVES. Tegan and Sara.

Musicians played all over. There was a truck that sold mini-donuts. People were dancing and smiling and waving Canadian flags.

So we listened to the concert for a bit, went to get ice cream, strolled along streets shut off to traffic and took pictures of the glorious sunset. The only iffy thing that happened was the Prettiest-Girl-in-the-World mis-hearing the cost of the ice cream (“$40 for 4 cones??????, are you kidding me?” “Not $40. $14.”)

No ice cream got dripped on my shirt. No drunken idiots tried to beat up anyone (unlike my last visit to Victoria). No activists shouted at us, outraged at something. No police sirens wailed. Hell, the Youngest didn’t even wander off to touch something that really shouldn’t be touched.

By the time we got back to the hotel, I was reeling.

Nothing had gone wrong. We’d had a perfect time. Perfect.

And all without a plan.

How was this possible?

And would it last?

For fun, a Tegan and Sara video (ad kept in cuz that’s how T&S make a bit of coin.)