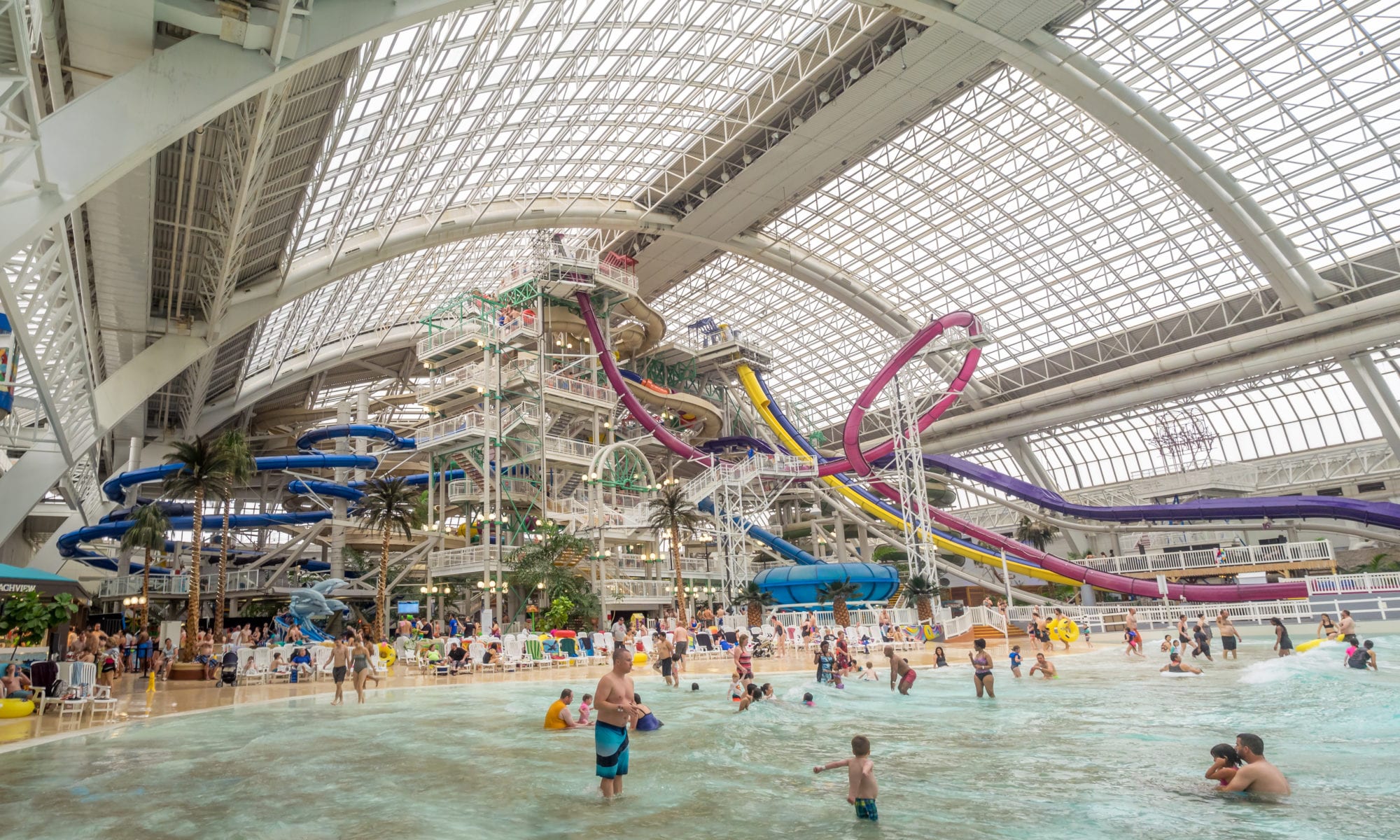 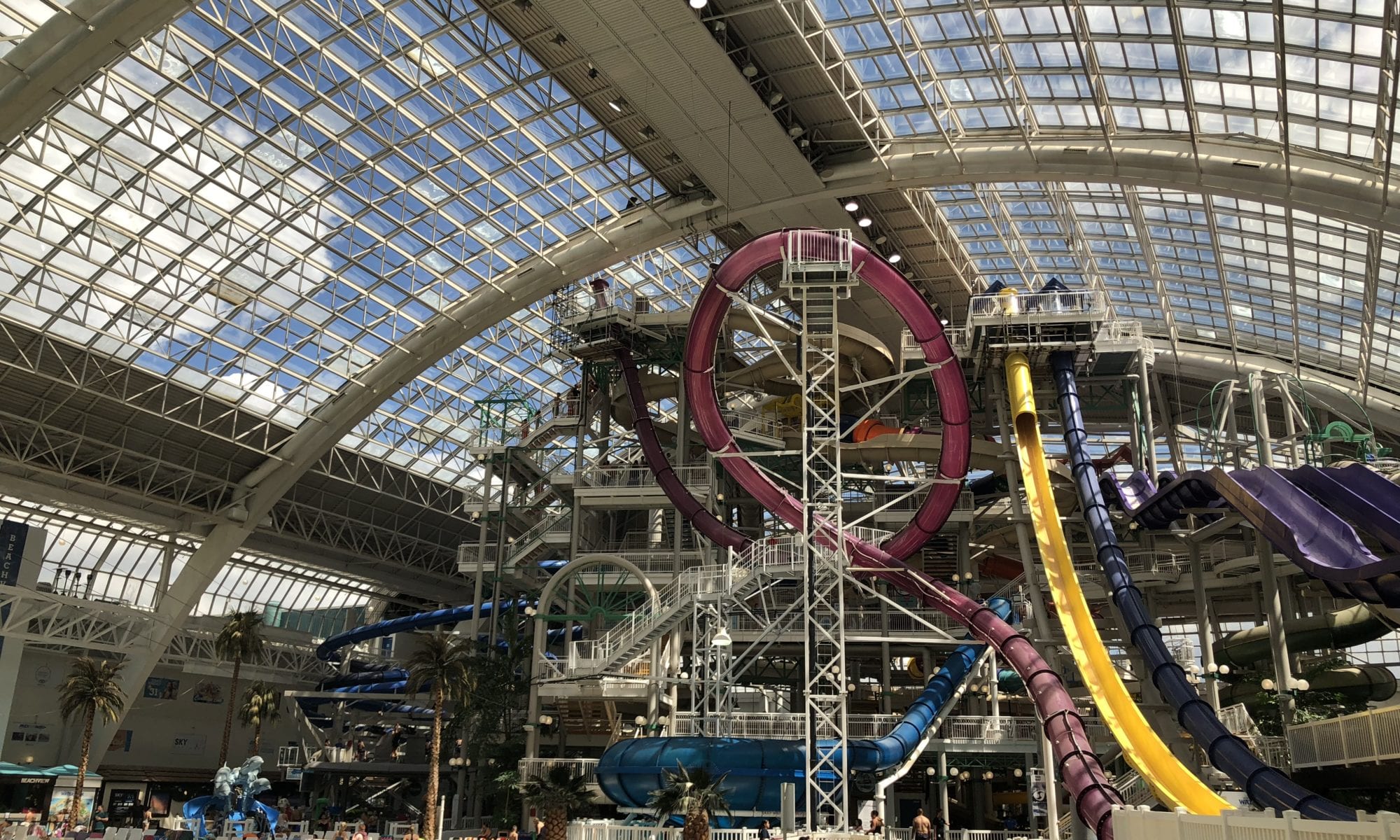 There was only one thing to do back in July – Visit the West Edmonton Mall.

The-Youngest had planned for it, dreamed about it, and now the day had finally come. He had one goal. Have fun!  Maybe do a few rides. But most likely he’d spend hours and hours in the waterpark doing waterparkie things.

We knew where we had to go (West Edmonton Mall wasn’t far from our hotel), we had guides (The-Prettiest-Girl-in-the-World’s best friend’s family) and The-Youngest was out of bed at 7am to make sure we arrived on time (and there is no better alarm clock than an over-excited 11 year-old wanting to get going.)

He knew which waterslide he was going on first. He knew which one he was scared to go on, but would go on if we went with him. He knew where the free pop was located. He knew how high the wave pool would go. He knew what to focus on if it was super busy, but he wasn’t too concerned.  “Joe, did you know it’s a holiday in the US, like our Canada day, and that means there won’t be any Americans there so it won’t be busy.”

In short, he had it all worked out.

So you just kinda know it would go to hell.

The previous night, we’d decided to go in two wagon trains. 1st one with all the younger boys (4, aged from 9-13 plus the 2 dads) would arrive at opening. 10am.

The next wagon train, with The-Prettiest-Girl-in-the-World, her friend, and The-Oldest, would arrive later, at an unspecified time. That way all the kids going bat-shit crazy about the rides would be in one car destroying the soul of only two parents.

Man, forget wind energy! If you could harness that boy energy as they sat vibrating with excitement and goofiness, you could power the world.

Since some of the boys hadn’t eaten yet, the other dad stopped at the drive-thru first.

“I’ll have two pancake breakfasts, one with sausage, please,” he began.

“That’s two sausage McMuffins?” And this is where we should have known the gods of travel had it in for us.

“No. Two pancake breakfasts. One. With. Sausage.”

“What do you want in your coffees?”

“Anything else.” (I wanted to stop him here, but he powered on.)

“One orange juice, two hashbrowns, and one side of sausage.”

“Sure, whatever, and one side of sausage.”

(Me: ”Can you order one coffee for me, now? One cream, one sugar? This should be hilarious.”)

We got almost nothing we ordered, and at least one of the children in the car ended up staring at an Egg McMuffin like a dog looks at a bowl of celery.

But that was just the beginning because when we arrived, we were met by staff just outside the pool entrance.

That’s super friendly of them, I thought. How very Albertan. How very nice.

But no, they were there to apologize – the storms had knocked out the filtration system and 80% of the waterslides were unavailable.

Have you ever seen a face drop?

It’s a horrible thing to see. First, shock freezes the face, then like it’s melting, the smile dies, the lower lip extends, the face slackens in sadness and there’s a big swallow, like he’s swallowing his dreams.

To his credit, he didn’t shed any tears.

Instead, he studied the waterpark map like Caesar surrounded by Gauls.

He took a deep breath, trying to steady himself.

He knew each slide which would be open. He knew which he’d planned to see. He knew the expected wait times at 10am, the average size of the child on the ride and where they came from.

The staff told us it would only cost $20 today and they were working hard on getting everything up and running. Maybe by 3, they said, but maybe not, cuz they’d been working on it for a whole day now.

We could go and have fun elsewhere or we could stay and have a chance at a good time at 3, or maybe not.

I looked at the-Youngest.

He said. “Hmmmm.” Then made his decision.