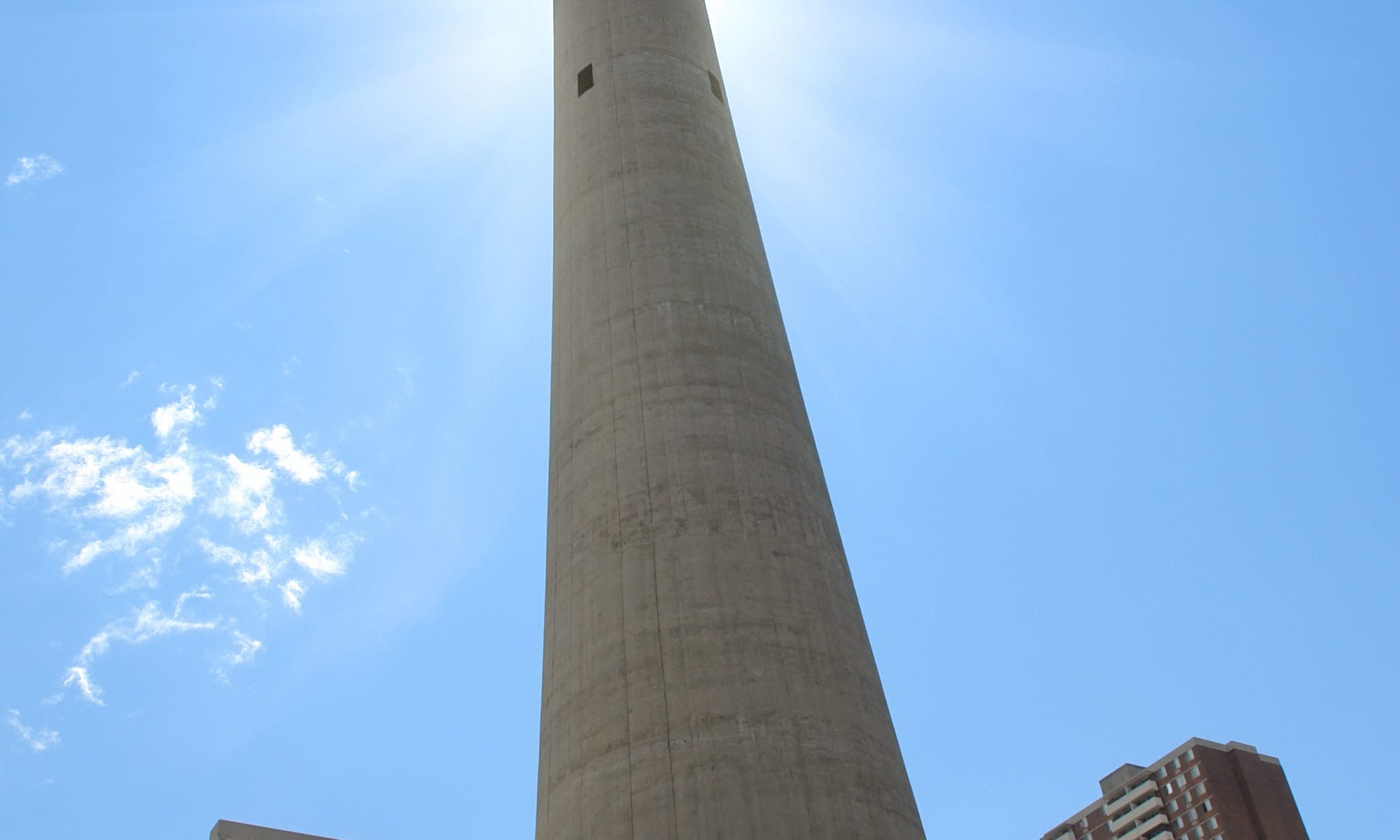 When in Calgary, why not do the Tower of Terror?

Our zoo experience couldn’t have been better, unless, you know, the pandas danced or sang Oh Canada or re-enacted the battle of Waterloo. The weather had turned nice. The crowds were light. And the animals were mostly out and about doing animal things. We had fun.

And the day wasn’t done.

Next up, if we had time, was to see the Calgary Tower. Now, back in my day, it was the tallest building around and my Uncle Jim would take us there for ice cream for a very special treat. Today, though, it sits in the middle of downtown Calgary, nestled amongst the new buildings of glass and steel.

Now, why go here?  I mean, it’s a tower. In the middle of a city. No pandas up there. No waterslides. No pianos.

But it did have something that it didn’t have back in my day. A glass floor extension out from the observation deck. It’s the kind of terrifying thing I try to avoid in my elder years. Being petrified of heights, I can think of a lot more fun things to do like scoop my eyeballs out with a stained crack spoon or see how many fire ants I can eat while juggling flaming scimitars.

However, both The-Youngest and The-Oldest boy wanted to go. Both of them. That is like Di Vinci and Michelangelo agreeing to spray paint the Sistine Chapel. Or (to quote The-Oldest) “Like Stravinsky and Prokofiev agreeing to compose together.”

So, after finding a great area for restaurants (in a very trendy, former warehousie area of downtown Calgary that reminds me of Yaletown), we marched off to see the tower. The elevator that took us didn’t have any windows, which is like a car not having windows (which I guess is a van) but that’s what this elevator felt like.)

On the observation deck, I had to face my fears and go walk out on the glass floor that was at least 10,000 feet from the ground below. (Truth update from The-Youngest, it’s 525 feet down.) As I walked out, everything that could clench, clenched. Even a few things that normally don’t clench, clenched. Had anyone asked, I could have pooped out diamonds.

But I did look down. Shaking. Dizzy. My stomach filled with angry butterflies, I did it.

Then I walked off it and went in search of a bar. Finding none, I decided to read all the plaques.

Honestly, that glass floor aside, it was an amazing view of the city and they’d done a great job on making the information about the various locations interesting.

The boyz, however, couldn’t get enough of the glass floor. The-Youngest, when he actually stood on the edge of the glass, had serious second thoughts that stepping out onto the glass floor would be a good idea. Like Oppenheimer looking at the explosion of the first nuclear bomb and thinking, “oh dear, can I take that back?”

But when his brother walked out, fearless as always, being the younger brother, he had to do what his older brother did. And when he overcame his fear, he wouldn’t leave the area. He sat down on the floor, lay down on it, and even took about a hundred selfies. Only when he started jumping up and down on it did we stop him.

The real success, though, was getting The-Prettiest-Girl-in-the-World to step out onto the extension. Like me, she was terrified, but unlike me, she is not motivated by overcoming her fear, of not being shown up by her children, or by needing to write a blog about something.

But when The-Oldest took one of her hands, and The-Youngest took the other, they were able to lead her over to the glass floor. She had that same look on her face that she had on her first date with me, that is to say, one where she wasn’t sure she was going to make it out alive.

She didn’t stand long on the glass floor, but she did try and I love her for trying.

In the end, part of any good adventure is doing stuff you simply wouldn’t do at home.

Tomorrow would hold more of those adventures. 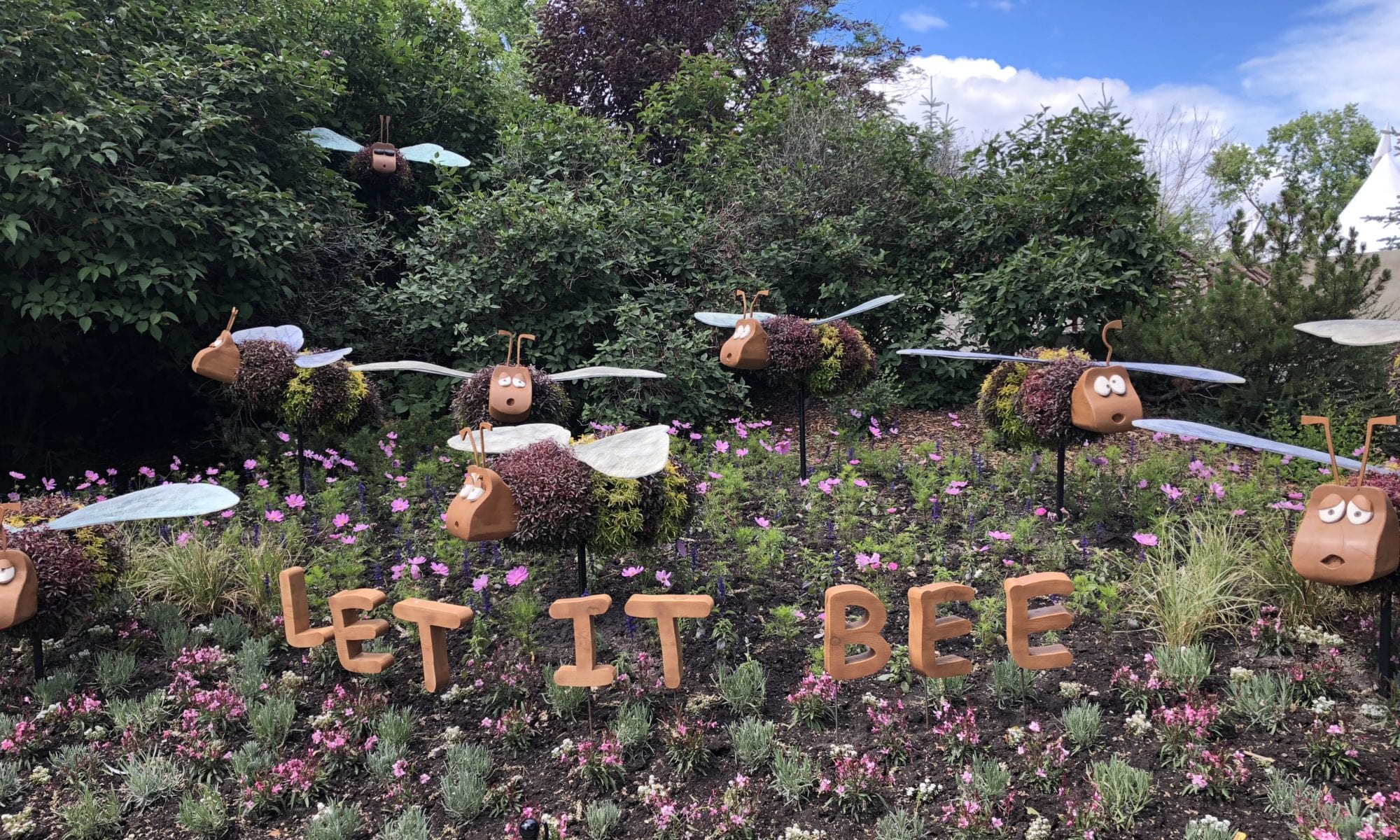