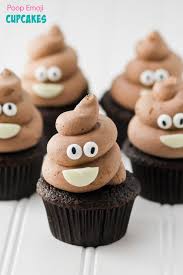 First steps. First tooth. First use of the f-bomb.

But this one I’ve managed to see. Last week, The-Youngest wrote his first story.

He didn’t do it by choice, however. He didn’t sit down and think, my goodness, I need to write a story about an evil brother who constantly tries to scare the bejesus out of his gentle, younger brother. No. He was forced to do it by his arch enemy. The school system.

I remember writing my first story at 9, the same age as The-Youngest. It was called The Invasion of the Mole People –  Blue construction-paper cover, twenty handwritten pages (Jam smears on a few of them), eleven illustrations (all bad).

Throughout my school years, I continued to write, and by the end of high school, I even attempted my first novel, Starborn, a story about a hunter of rogue androids who doesn’t realize he’s an android.

I received an A in English class and a stack of rejection letters.

Sadly, out of high school, I did not pursue a writing career in any shape or form.  Instead, I chose the very exciting field of accounting.  Oh, the glory, the challenges, the excitement!  But I still kept on writing.

So I was super excited to help The-Youngest out. I mean, damn, this is what I’m trying to do: Write.

Surely he would want my input or want to make use of my vast experience, right?

He’d worked himself into a quick tizzy about doing it, and only wanted The-prettiest-girl-in-the-world (AKA his mom) to help him out.

That was heartbreaking. I so wanted to help him out. But he wouldn’t have any of it.

Here’s how the conversation went…

Prettiest-girl-in-the-world: “Sure you can, honey, you just have to sit down and start.”

“Sure you are. You just have to start at the beginning. What story do you want to tell?”

Ok, hold on. Wait. That was the conversation she has with me every time I start to write a story. But The-Youngest’s conversation went pretty much the same way.  Like any writer, he was terrified of that first page. Of no ideas coming forth. Of not being able to tell a story.

But unlike me when I wrote my first story, the schools have done an amazing job in teaching the kids HOW to actually write a story. And he had his mom.

I’ll detail the amazing cool (and super simple ideas the school had for creating a good story) in the next blog, but for now, here’s why the Prettiest-girl-in-the-world is such a great mom.

Her: So what if we tell a minecraft story? About two boys named jinga-jinag and goobermunday.

Her: No? What should their names be?

Her: Good names. And what’s happened to them?

Her: What would be the WORST thing to happen to them in minecraft?

Someone stole all their stuff.

Her: Why would someone do that?

Her: That’s pretty terrible. What are Floyd and Florence going to do?

Then the ideas came fast and furious. They came so fast he couldn’t write them down so she did, scribbling while his mind went this way then that way, then flipped around and raced in a totally new direction. Not once did she say an idea was wrong or silly. She just kept him talking.

Then, like magic, they had a ton of writing on sticky notes and a good story.

The-Youngest got out his laptop and began to type. He typed until he finished the story. In one burst. Like he eats a bag of chips.

Then he proudly printed it out.

I was so excited to read it. It had been so cool to watch the creative story-birthing process, and listen to how the Prettiest-girl-in-the-world help brainstorm the best story possible.

He was proud of himself, too. You could tell.

He’d done what all writer’s do in the end.

All he needed was a muse and despite the fact I hate it couldn’t have been me, The-prettiest-girl-in-the-world did incredibly well.

Next up, a quick peak into how the schools are teaching kids to write.