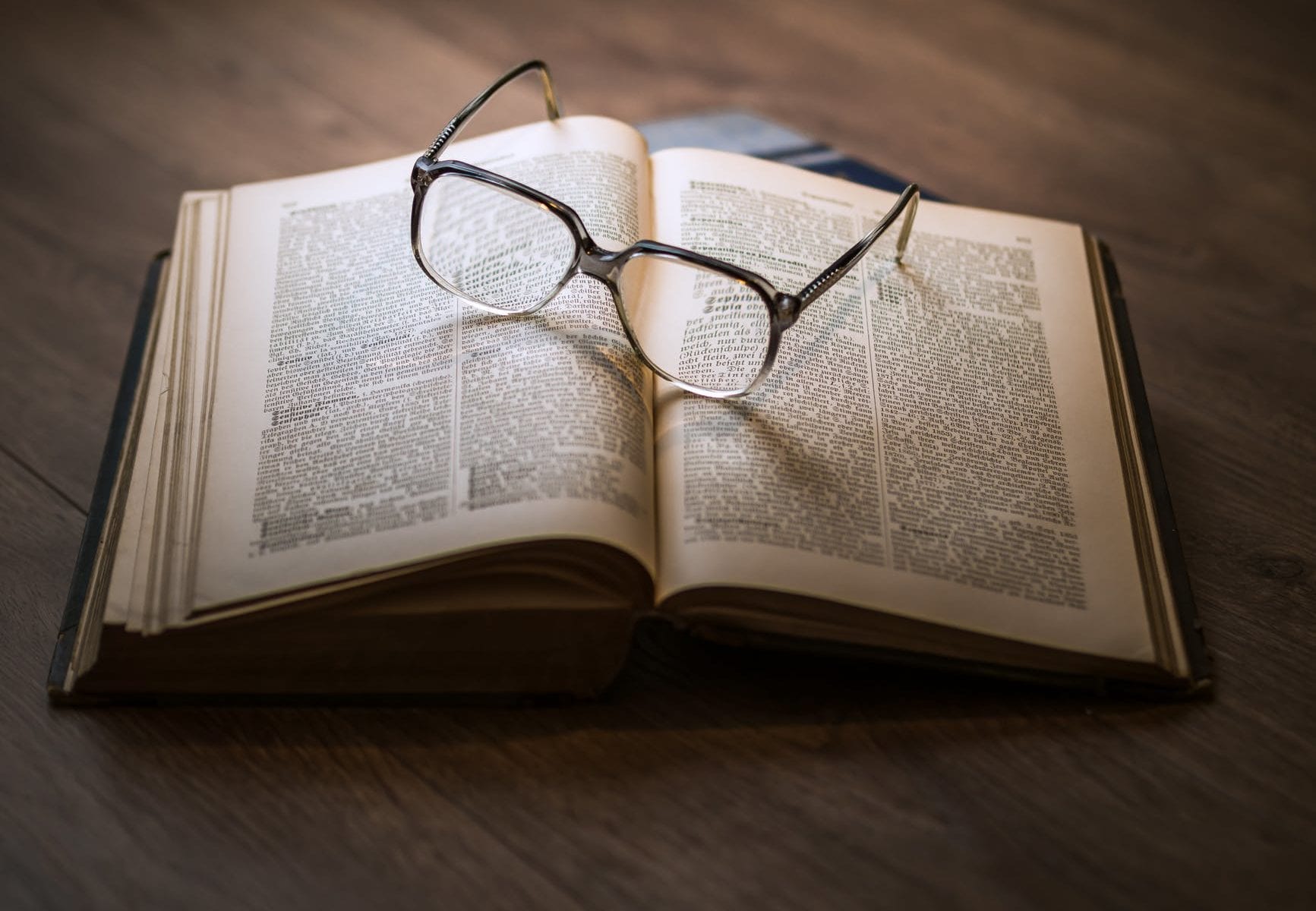 Are you surprised how your book turned out?

Now, spoiler alert, this is a longer post than normal. Get into your comfy underwear, pour yourself a glass of whiskey, put your feet up on the dog and continue.

Yager’s War has come so far since it’s inception back in 2016, but my first historical novel has finally been sent off to my first readers – Two professional writers, and one person who lived through that time.

Oh, but that seems so long, ago, now. A lifetime. And in that lifetime, I learned a lot about my story, which kinda surprised me since I thought I pretty much knew everything about it when I sat down to write it.

So, what did I discover?

I discovered that I can’t eat well and write. Now, this doesn’t have anything to do with the novel, per se, but if anyone is looking to write a character in a novel who writes for a living, it’s a good trait. Not a healthy one, but something odd. Quirky. Stupid. Peanut M&Ms. Pop. Pizza. Oddly, I didn’t drink. Sorry Hemmingway.

2) I discovered that I sat down to write this because I love history and World War II history in particular. But it’s not a love based on battles, but stories. It’s something that’s not being taught a lot in schools. It’s all about facts, maps, (wait, I love maps, too), and dates. Even without a specific person, there is a narrative that thrills me. The massively outnumbered Jews who fought the Germans in the Warsaw Ghetto. The 500 Spartans at Thermopylae. The Alamo. Then it hit me. I love the underdog. The few who stood up when it mattered BUT died in the end. All knew they would die, yet still fought the fight. That leaked into my novel in a big way (and will certainly be a major part of the second and third novels.)

I discovered a lot about things we understand now, understand back then. Polio. PTSD. Asperger’s. They’ve all existed since the beginning of time. Like the Queen of England. But we’re only now understanding them fully and I was surprised at the complexity of each one of those subjects.

4) I discovered ‘what to keep in and what to take out’ was tougher than I ever thought. Yanking out a whole subplot ain’t easy, my friends. It’s like trying to yank off a skin tag, it’s quite painful and wants to snap right back. I can still use a lot of what I wrote or imagined in my next book,

5) I discovered I could fall in love with one of

my characters. It’s amazing how much a story can change even from the 2nd draft, to the third. I yanked out some decent writing about my character’s interaction with a family to explore a love interest and I fell in love with that love interest. Amelia “Amy” Anderson, a brilliant red-head with Sherlock Holmesian Asperger’s. Socially awkward. Kind. Driven. Beautiful (of course, cuz, you know, I’m a guy.) I dream about her now. Don’t tell my wife.

6) I discovered it’s tough to choose what research to use and what not to use. I had to cut research out. Oh, that fine line between having authentic historical details and way, way, way too much information… it’s so easy to cross because information is so fun! (You know what I’m talking about, Paula!)

7) I discovered that I could make myself cry while writing. Not, oh god, this is terrible, but I moved myself at some of the tragic scenes. Maybe no one else will shed a tear, but it’s odd that I could actually get in touch with emotion. Without whiskey. Thanks to Don Maass for making me live in the pain for a while.

8) I discovered, much to my horror, that it was not as much fun, sometimes, to do research. Now, this really shocked me. I love learning new facts. Like did you know that the Kaiser, the Imperial Emperor of Germany, fled to Holland? And had the nickname of the Woodchopper? But trying to get all my facts right, like what soap the Dutch used for dishes or what goods were sold in the Waterlooplein market, well, that took a bit of work and I often got distracted tracking down other details.

9) I discovered this is not, at its heart, a who-killed-Roger-Rabbit story. This is a Jewish

story. Again, a bit of a shock. Not that I didn’t have Jewish elements in it, but on the last rewrite, it really hit home how much I needed to tell the Jewish story here.

10) I discovered it’s a feminist novel. This came as the biggest shock. BIGGEST. Like finding a spider in your underwear.  Both of my main female characters are strong, independent women in a time where such things were not the norm. Maybe it was all the women in my life who influenced that. My mom who went to university and graduated as the only woman in her class. My wives, Margot and Corinne. My inherited great Baba, who designed and built a frigging church.

But all those discoveries aside, the novel will get one last polish from my first readers, then it’s off to the agent.

It is the best thing I have written, but something not achieved without great pain and anguish. Ask my wife who’d find me wandering around the house muttering, “No, that won’t work, won’t work, my precious, he has to die, yes, die but how, dammit, how?”

It’s been an interesting journey, combining my deep emotional connection to the Netherlands (based on my visits there and my reading of the holocaust), my love of a good thriller, and my love of books that touch a poignant chord within us all.  But, as any writer should, if someone has a way to make it EVEN BETTER, (my first readers, my agent, my editor, Bob the grocery bagger,) then I’ll kick it up yet another notch.

Because I not only want it to be the best story I’ve ever written, but one of the best others will ever read.

Every so often a movie goes beyond awesomely epic to be epically awesome, which we all know is about as good as a movie can get.

[youtube=http://www.youtube.com/watch?v=MeLp2qr2iCg]Star Trek: Into Darkness is that movie. It’s that good. See it. See it now. See it twice. If you’re a big trek-ish person, see it every day until it leaves the theater. The special effects are outstanding, the visuals spectacular, the action unrelenting, and the acting so good that I even forgot that Chris Pine has a giant head.

If you like action films, you’ll love this. If you like romance, this has it too. If you like to laugh, then come on in. If you like musicals, then, errr, well, go see Les Mis. But even if you’re not a Trek fan, this movie should wow you. It has real heart. This may be on par with the best sequels of all time. As good as The Empire Strikes Back, Spiderman 2, Termie 2, Aliens, Mad Max2 and, of course, Star Trek 2: Wrath of Khan. Better in some ways.

I can’t tell you.

I can’t tell you that, either.

Here’s the thing. To tell you why it’s epically awesome, I would have to reveal the plot and it’s one hell of a plot. I’ll talk a bit about it in my writing blog, but that’ll be on Thursday and I’ll still do my best not to have too many spoilers.

But here’s the basics… Sherlock Holmes (the English dude, not the one on Elementary dude), is the uber bad guy, and boy, does he have a hate-on for Starfleet so it’s up to Kirk and Spock and Bones and Scotty and Uhura to stop him. There are space battles, fights with Klingons, a brilliant scene with Kirk defying the Prime Directive and one of the best couple arguments on screen to-date. Our loyal Star Fleeters face impossible odds, an unbeatable foe and if they fail, everything they hold dear will be destroyed.

It is. JJ Abrams and his writing crew know their stuff.

But what works, what really works, is the chemistry between all the characters. And not just Kirk and Spock. All the main characters get a chance to shine on stage. We laugh with them, we cry with them, we want them to win, and when the movie ends we are sad  because we can no longer spend time with them.

So, after you finish reading this, go to a theater, sit in the dark with a tub full of buttery popcorn, a fizzing pop in your cup holder and be prepared for one great ride.

This one is worth the money.