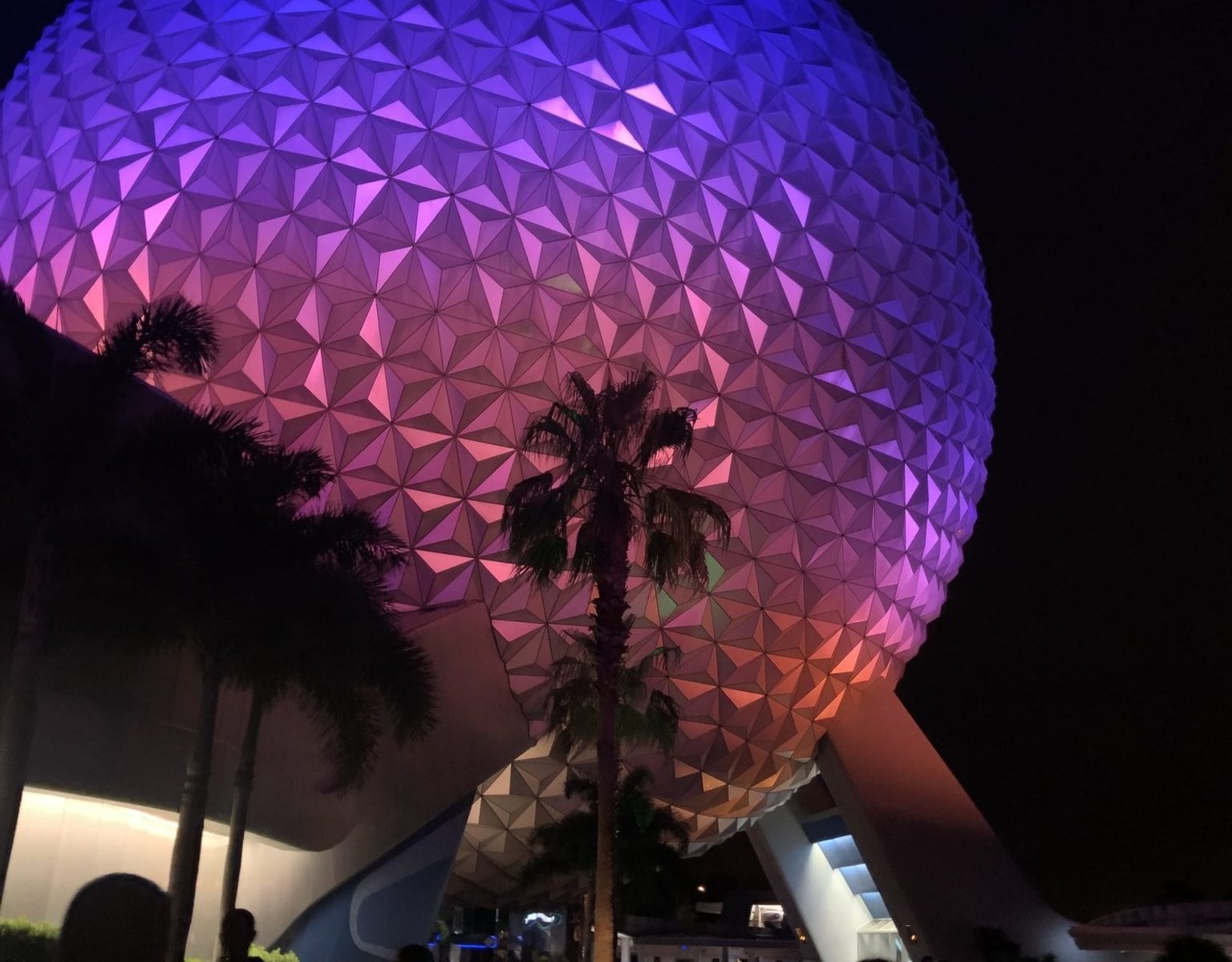 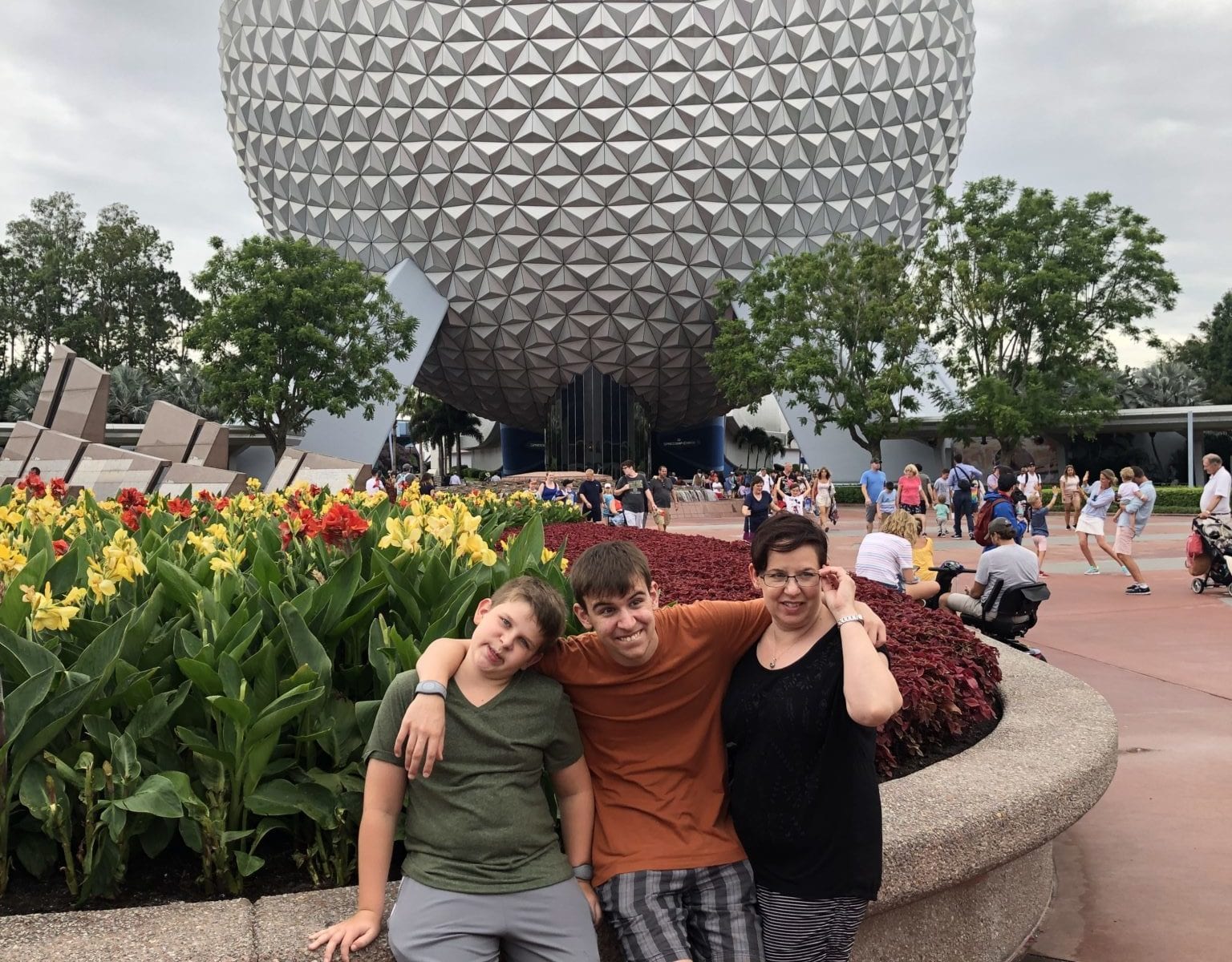 If I’ve said it once, I’ve said it a million times – the best thing about traveling is that you can never completely predict what will happen. This time, at Epcot, we had some unexpected fun.

Unlike the other parks, Epcot was not filled with Dumbo rides or Splashy rollercoasters. It’s a showcase for pavilions from around the world. Back in Joe 1.0 life, I loved this park more than the others since it was like visiting Norway, or China or Mexico in a bottle. But The Boyz, well, I could drag them there, but it would be like giving a cat its bath.

So it would be rides, food, and fireworks. Weather permitting.

But that rain bit us in the ass right away. When we checked our Disney App, we found that the Test Track was canceled.

However, when a Fastpass ride is canceled, Disney gives you a free Fastpass to any other ride in that park. Any ride. So we changed our plans and decided to see Soaring.

But upon entering the park, the boys had an odd reaction to the big dome, the Spaceship Earth. Like fangirls crushing on Beiber, they gaped at it in wonder. They wanted to run around it, take pictures of it, and go inside it (and do the ride.) The ride itself was a journey through time. Not a rollercoaster. Not a thing that flipped you around until you wanted to throw up. Not even a ride that got you wet.

Like the little kitten who comes close to you for the first time, I didn’t want to scare them off with all sorts of Joe-information (of which I have a ton!), so we just got on the ride. It was a little worn, a little outdated, but The-Boyz loved it. Yes, they loved learning something.

Then, just as we got out, the rain stopped and the Test Track was back on. We ran to the ride (or rather, The-Boyz ran, and I waddled like a very pregnant woman in need of some pickles and ice cream.) We got inside, hoping the weather would hold.

And let me tell you, there is a reason this ride is so popular. Like Avatar: Flight of Passage, it has so much to do while you wait in line. In fact, it’s THE BEST ride for the line-up since you actually design your own car!

The-Boyz made something out of Sci-Fi, while The-Prettiest-Girl-in-the-World, (a car-girl at heart), put in quality-time making it look aesthetic, making it as ‘green’ as possible, and ensuring that it would run like a bat out of hell. Pictures on Instagram here.

The ride itself was blazingly fast, but we all took our stats from the car and on the test track, got to see who had actually designed a better car. The-Boyz won twice, we won three times, which made The-Prettiest-Girl-in-the-World as happy as a lion getting to eat a tourist.

The car that won for the fastest was The-Boyz car, so they were super braggy about how well they’d done, but jeeeez, look at the thing. That race was rigged!

As soon as we got off, the rains came, hard and heavy, like a movie rain so wet that it soaked through our raingear.

Sopping wet, we chose to eat in Germany. On the spur of the moment, we decided upon the restaurant, the Biergarten. I mean, why not? German beer. A buffet with wieners. And a band!

Little did we know it would become The-Oldest’s most unexpected fun.