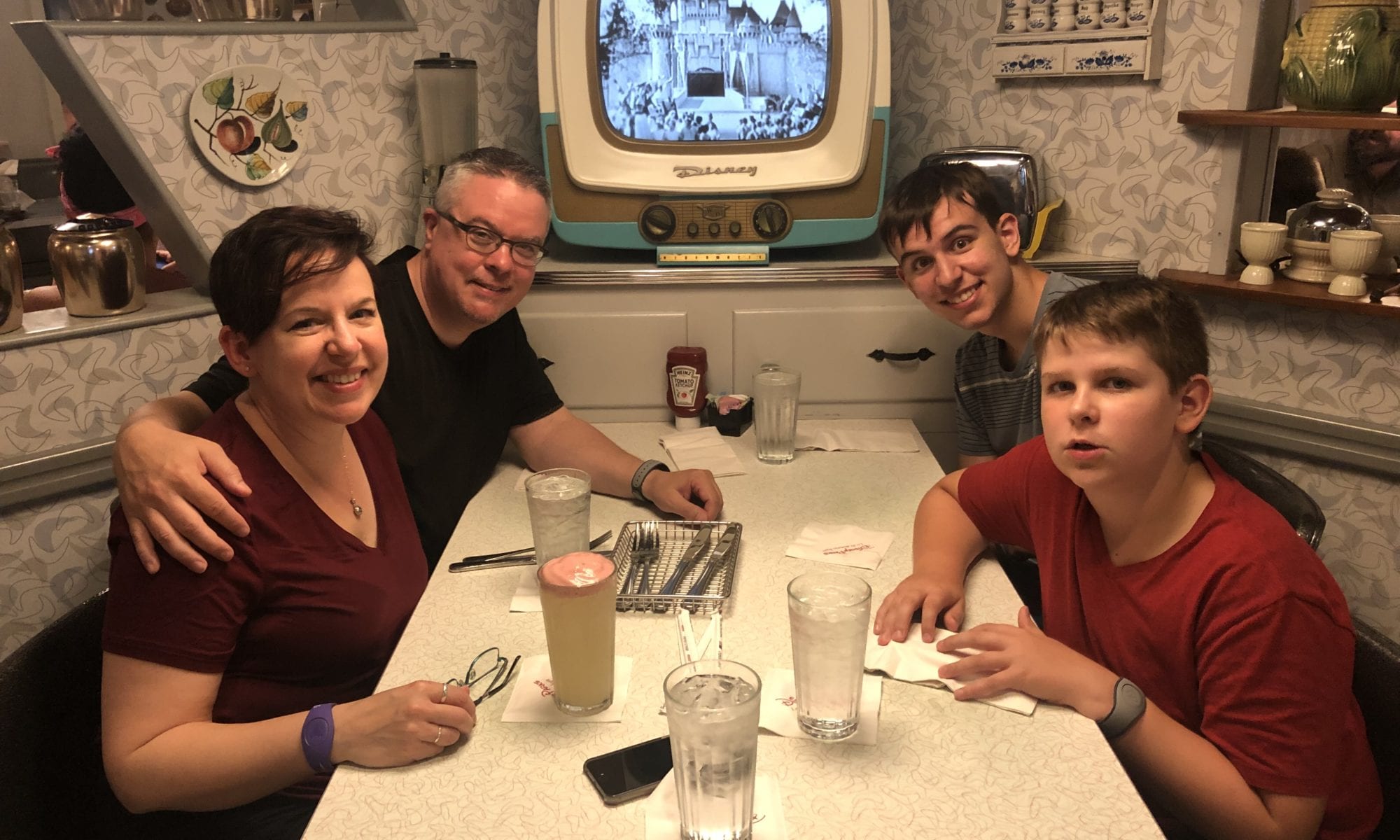 How Many Adventures Can We Have in A Few Hours?

When there is so much to do and so many adventures, how do talk about all of them without boring everyone to death?

But let me summarize as best I can. Like a quick montage in a movie. Or remembering a drunken night.

After the seals, the boys go on the octopus-like ride. No lines. They literally run on. Twice.

Giggles are heard. Oldest loves every minute of it. Youngest not wanting to show he is a bit, you know, not scared, totally not scare, nuh-huh, nope.

Flash to the shark tanks. Sharks! There’s an upstairs where you can see the sharks in the pool. It smells very salty and fishie. No big surprise, I guess. The oldest knows more about sharks than the guides. He explains how to spot a tiger shark from a reef shark, what the difference is between a white tip and a black tip shark (you may be able to guess this one,) and what food they should be feeding all of them (and surprisingly it’s not ‘his brother’.) It’s really impressive.

A walkway leads down below. It’s dark. The walls look like clay. The walls have teeth in them. The oldest LOVES the teeth embedded in the wall. Especially the megalodon teeth. He forgets to hide the fact that he’s having fun. He smiles and talks about the teeth with animated authority.

Then we’re deep underwater. It’s dark. There’s a moving sidewalk that doesn’t move. No need. Not a lot of people here. The youngest, with eyes wide and mouth open, gets to walk through a tunnel while shark glide by overhead and beside him. He stops, transfixed as entire tour groups try to move around him. The oldest explains to me why one shark can be still and not die. I’d heard that if I shark stops moving, it suffocates. Not so.

None of the sharks attack. I am disappointed. The boys could have spent hours in that tunnel. The want to be sharks. They want one as a pet. The oldest wants to genetically engineer one that will talk with him.

I ask the oldest if he wants to take pictures for his dad. He’s not interested in taking pictures, in creating a visual history, (that’s my thing), but the idea sparks something in him. He loves doing things for others. So… pictures for his dad, a great idea. First, about 20 shark pictures. The, he wants one of him and his brother in front of, yes, you guessed it the megalodon.

Then to turtles. Not as menacing as sharks. A big slower. An old one has a huge bite out of his shell. I wonder what story he would tell. I ask the oldest if the turtle maybe swam into the shark tank. He looks at me like I’m having a stroke.

The youngest wants to take pictures of the turtles for his dad. He takes, well, about a thousand. Most, but not all, blurry. It’s hard to shoot in low light, harder still when you’re literally running around, and even harder when you refuse to listen to a wise new parent who has all sorts of great advice on how to take good pictures (even if, he himself, is completely unable to do so.)

The turtles are cute. But slow = boring. However, just as we are about to leave, we find a video game. We play small turtles trying to make their way to spawn on a beach. Evil, massive drift nets, oil pollution and sharks!!!! Try to stop us. We dive, we swim fast, we shoot upwards, at least one of us is eaten, at least one of us is captured by a drift net, but a few, a lucky few, make it to the end. The youngest spawns the most. For some reason, this does not surprise me. I expect this will be his future. 10 crazy-ass little ones of his own. Ha!

Outside, we wander past strollers lined up like soldiers on parade. Double strollers, umbrella strollers, high tech strollers with radar (or something that looked like it), strollers with coffee holders (oh what a good idea that is) and strollers with bags of diapers and wetwipes and toys and blankets. I’m glad, super glad, that I’ve entered this family at this point in the boys’ life. Stroller-aged kids look like a LOT more work. Plus, you know, strollers!

Now, if I was being wheeled around in one, that would be a whole different matter.

We go on to feel up manta rays in a pool.  I ask, what do they feel like? “They feel soft”, says the oldest. “They feel all raspy and rough,” says the youngest. Sometimes I think if you asked them what color the sky was, one would say blue and the other would say, white.

The youngest measures himself against a full grown ray. I refuse, having seen how close I am to a gorilla.

We eat almost too late. Everyone is getting the hangries. Hunger plus angry. Not a word I invented, but one I will promote. HANGRIES. We line up. We wait. We eat. No one is murdered despite the fact we have to wait a wee bit for fish and chips

Sitting down, that evil red-eyed bird appears and keeps an eye on the oldest. He’s sure it’s been stalking him. I can’t say he was wrong. I was kinda spooky. The oldest eats his food in record time.

But the real treats were yet to come.