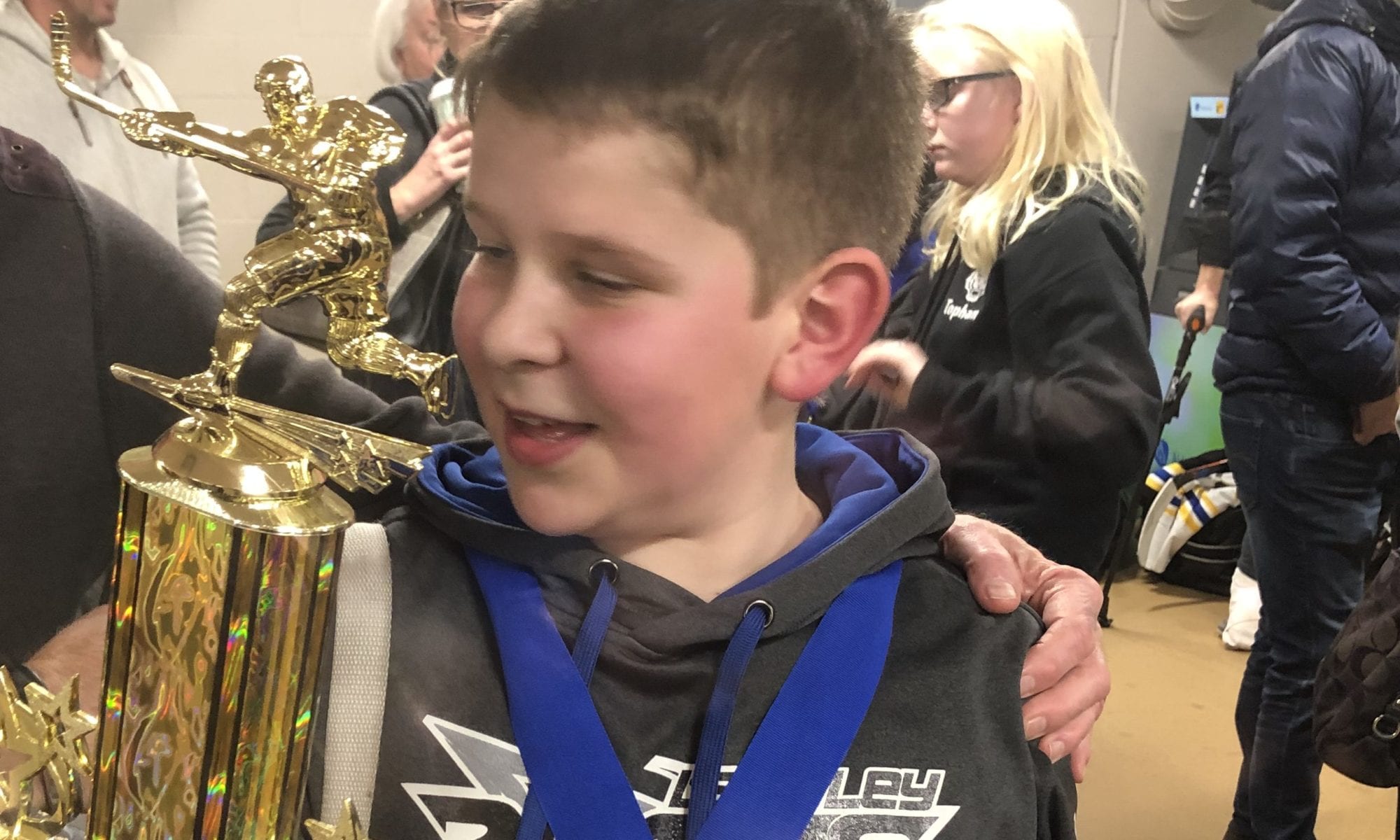 I thought last year would be, you know, the last year of hockey. However, The-Youngest decided to play another year. As goalie. In the Bantam league.

At this point in boys’ hockey, the field is narrowing.

More and more boys drop out because of the demands of school, other extracurricular activities, and the biggest killer of having time to play hockey, girls.

Luckily, none of those things apply to The-Youngest. Yet.

Now, had we agreed to drive The-Youngest up to a mountain every weekend and twice on the weekdays, he may have declined hockey, since his real love is mountain biking and skiing.

But apart from the driving time, the cost of gas and ski passes and rental gear, despite the cold and the lift rides and all the falling, the simple fact is we’d have to do it with him and since I haven’t skied in 30 years and would likely break something (other than my ego).

I mean, if I had to get on the ice with The-Youngest and skate for 8 hours, we wouldn’t likely sign him up for hockey either. Add in a 90 min to drive there and another 90 to drive back, and, yeah, I can guarantee we wouldn’t be doing hockey.

But after last year, after an amazing hockey year, the-Youngest thought, why not?

So, we bought new gear since he’d done the silly thing of growing over the spring and summer, we signed him up for goalie camp (which was delightfully free!!!! Since they wanted to encourage young goalies), and we prepared for the duties of goalie parents.

Oh, sure there’d be early morning practices. Honestly, I never minded them at all.

Oh sure, we’d have to fork over money for tournaments and gifts for the coaches and bribes for the refs, (wait, no, sorry, no bribes, nope I never said that.)

Oh sure, we’d have to do something terrifying like scorekeeping or socializing (that latter very hard on an old introvert like me who knows nothing about how the Canucks are doing – though if I go with the old, they suck, I’m pretty safe).

But it would all be worthwhile if The-Youngest has fun. Because, by having fun he would not only, you know, have fun, but continue to learn about teamwork, about sportsmanship and about trying your hardest. And with a good coaching team, he’d learn about being a good man as well.

This year, though, he will have another value tested.

Last year, they were tournament champions twice and came second in the Langley Cup (beaten by a better team).

On the plus side, unlike last year when I asked, how’d you do? and he said, “I got bored sometimes. I only had to stop 2 or 3 shots,” this year, he’s looking at 30+ shots each game, multiple rebounds he’s going to have to stop, and snipers who can rocket a shot over his shoulder when he’s in the butterfly position.

Now, being a writer, and a teller of stories, these are starts from which great legends are born. The underdog team, struggling at the beginning, somehow manages to come together and win the final game, learning about life, values and the importance of having a hidden superstar on the team like in Bad News Bears.