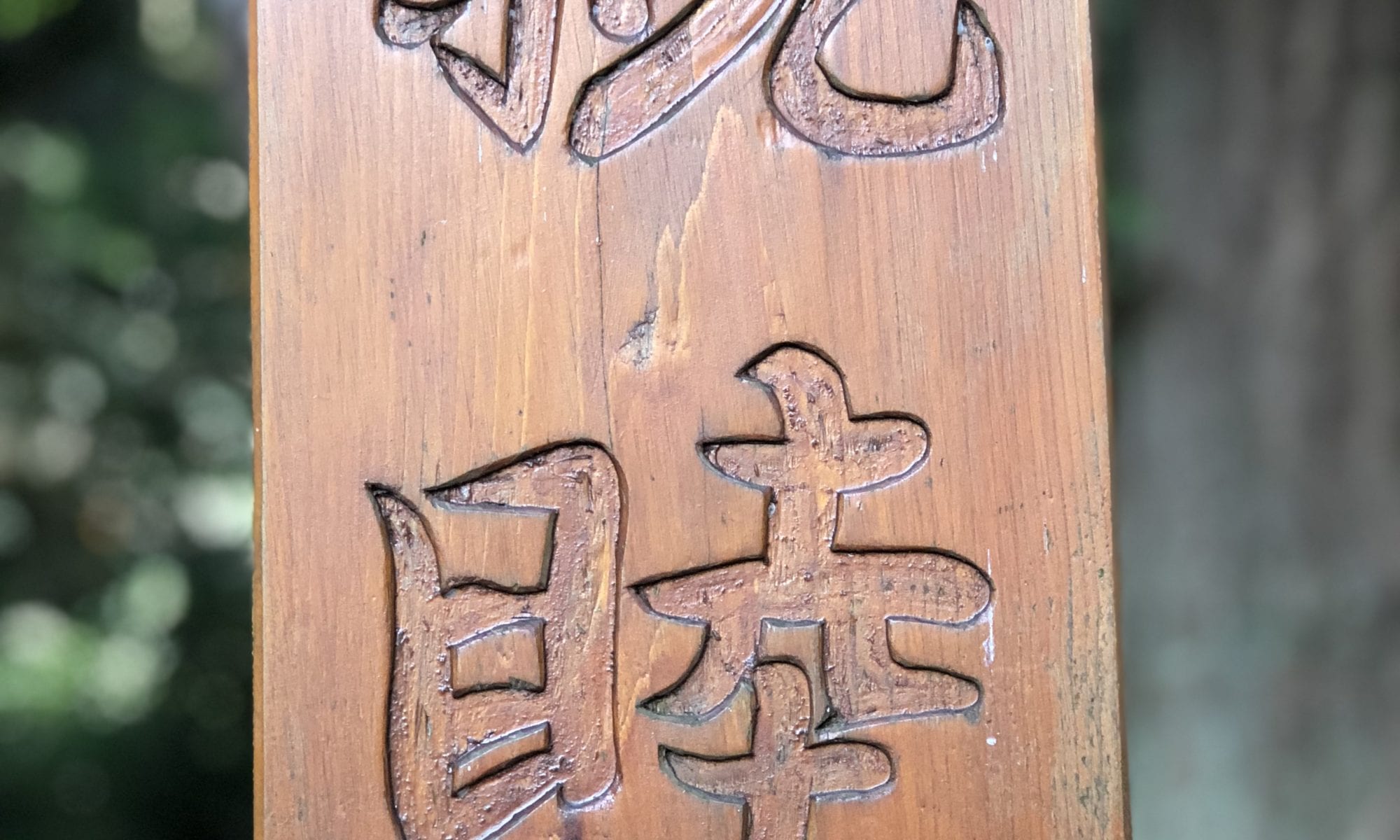 Or Photography for Fun

I have a theory. Taking pictures makes vacationing more fun.

Ok, stay with me here for a moment. I’m not saying ‘live behind a camera’ and go around filming every little event (errr, wait, urm, I do that, but that’s not what I’m saying.)

What I am saying is that by taking a camera (in this modern age, most likely your cell phone camera), and walking around with the idea that you’re going to take some amazing pictures, that camera takes you MORE into the moment and forces you to look, (I mean, really LOOK) at the world around you.

Now, I’ve got a few friends who are incredible photographers and if you ever get a chance, check them out (I have links at the bottom of the blog) but I know from talking to them that part of any great trip is keeping an eye open for a great picture.

Lemme give you an example. When The-Prettiest-Girl-in-the-World and I were taking a walk on Mayne Island, we decided to do this. The walk could have been done in ½ an hour, but we took a full hour, maybe more, as we took the time to look at an old stone hut, at the way the light speared through the trees, at the way the sun sparkled off the ocean or the kingfishers took flight.

And take a picture.

We found a tree that looked like it was giving birth to other trees. We found a spooky-ass spider hiding in his web (that I almost walked into because I was looking at that stone hut.) We found incredible rock formations sculpted by water. We found picturesque driftwood and spent a while punning it (The-Prettiest-Girl-in-the-World won with her, “Trying to think of a good driftwood pun but I’m stumped,” comment.)

Taking photos slows down time for you. In our rush-rush world, it’s so easy to miss what’s all around us. But by taking the time to look for cool pictures, every little trail you walk on becomes a chance to see something new, or odd or beautiful or terrifying.

So, this is one of the things we’re doing on our relaxing vacation – Taking time to visually smell the roses.

Allison (and check out her absolutely incredible blog) https://www.instagram.com/alisonarmstrong6558/?hl=en 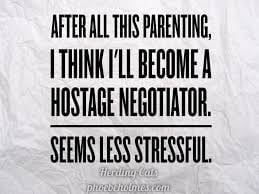 I think one of the things guys/boyfriends/husbands/stepdads/gigolos don’t realize is how much work and stress goes into being a mom.

Now that’s not to say that we don’t have our own challenges, stresses or times when we need a break, but moms take on a lot more than they let on.

But going away together also gives us a chance to reconnect as a couple. You might think, well, couldn’t we do that at home? And the simple answer is, not always. In fact, not often.

See, as amazing an experience as being a parent can be, kids can also become the focus of your lives. You worry about them, you nag them, advise them, encourage them, praise them, tease them, make them eat their vegetables, make them take their vitamins and do their homework, make them go to bed on time, take them to hockey games, classical music concerts, out to mountain bike courses, watch Rick and Morty with them, read to them, laugh with them, try to raise them right, and after they’ve gone to bed, you talk about them.

It’s what parents do.

So this year, time and money being tight, we chose to go to Mayne Island for our anniversary. Our 2nd.

I’d never been to Mayne Island before, despite it being part of the Gulf Islands which are not that far away. We chose Mayne over the other islands because it seemed calmer, like a place a stoned sloth would go to relax. Because relaxing was what this mini-trip would be about.

As anyone who’s read my blog knows, I love to plan things out. You know, see all that there is to see, do all that there is to do. But on a relaxing vacation, I must put this aside and simply book the hotel and ferries, then sit back and see what happens. Play it by ear. Wing it.

So here was my plan. Get off the ferry. Drive to hotel. Return to ferry in 2 days.

Sad, right, but also relaxing. No stress of having to be up at 8 to get a kayak. No tour bus to board at 10. No movie at 7.  We could eat when we wanted, watch the ocean do oceanie things, maybe go for a walk, read, write, hold hands, breathe in the fresh, salt air, talk, listen to the silence and take pictures of natural things like huge, frightening spiders.

In other words, reconnect and give mom a chance to recharge a bit.

Mayne Island Resort would be the perfect place for this.

There are travel days when you simply have to, you know, travel.

But can those humble and unassuming days of vacation also be an adventure?

I guess it is all in how you look at it. Right?

Here’s the first day. As seen in a non-epic way.

Had to pack the night before. Loved the new suitcases. Stuffed a ton inside them. And they still weighed out under 30lbs each. Fearful of the boys packing theirs, but tried to let it go. Did deep breathing exercises. Tried to be all zen about it.

No traffic problems. Parked in the cheaper of the lots. Took shuttle to departure terminal. Being The-prettiest-girl-in-the-world’s actually birthday, day, we took over the rolling of her luggage and carrying her carry-on.

Inside. Hit ‘yes we have dangerous goods by mistake’. Doh!!!! Had to speak to an attendant. Had to explain I’m an idiot. Something I’m pretty used to explaining so all went well. Used opportunity to have a quiet word with attendant about doing something special.

Need to back up. Remember I said today was her birthday? Well, I need to make it special somehow. And I had a plan.

A week before, I phoned WestJet to see if they could do anything special for the Prettiest-Girl-in-the-World and they said they couldn’t, not really, it’s just something they don’t do anymore.

But I didn’t give up. I told the WestJet employee that I wanted to make this trip more than just special since the birthday girl is such an amazing woman. Plus, I added, WestJet had a great reputation for going that extra mile and I needed them to go that extra mile.

In the end, the WestJet girl said she would put a note in the file and they would see what they could do at the gate. Nothing’s promised, you understand, but ask, she said.

So, flash forward, and we’re at the ticket counter and I asked if the attendant had gotten the note about making the flight special, and he said, ah, errr, umh, ah. No.

So, I made the same request, only trying my best to look all sad and puppy-eyed. He eventually found the request, hummed and hawed a bit, but he could not resist my sad face and agreed to pass along something to the in-flight attendants.

The-Prettiest-Girl-in-the-World, however, knew something was up.

How did I know this?

She frowned at me. “If there’s anyone singing happy birthday to me, I’ll murder you in your sleep.”

“Fair enough,” I said, and wondered what they’d do. Would they sing? Give her some free peanuts? Would I be murdered in my sleep?

A little anxious, we went through the auto passport check-in. How cool is this thing?  It scans your passport, your face and then prints out a receipt saying you’re awfully handsome or something. I took a great picture, The-Youngest looked like he was afraid we were kidnapping him and The-Oldest pulled such a horrible face that it looked like we’d molded a monster out of clay.  FYI – he was very proud of that face.

However, somehow we buggered THAT up, too. Who knows, maybe messing up that whole, yes I’m carrying banned weapons and bombs in my underwear made the passport machine suspicious. Maybe it was the expressions on the children’s faces, but we had to speak to another real, live person.

Now as any traveler knows, getting special attention from customs or border guards is about as fun as a colonoscopy. Or watching an hour of Criminal Minds Beyond Borders.

But we smiled, were politely Canadian, and since we weren’t actually terrorists or kidnappers, just technological goobers, we were let through.

Ate badly at the airport, but seriously who can resist Cinnabon’s?

Then onto the plane. The-Boyz and The-Prettiest-Girl-in-the-World were able to sit together. I sat beside a footwear salesperson. Against my normal tendency, I actually talked to her. And I talked to the air hostess or whatever they call the woman who has to feed and water all the passengers. She had braces and hated them. I empathized with her chewed up cheeks, the stupid braces catching on her lips, the fact we can’t really eat in public and if we do, we’re likely to have what we ate on display in our braces, then spit it at them.

But what I really wanted to know is what they would do for The-Prettiest-Girl-in-the-World?

I waited. No take-off announcement. No free peanuts. No cake with flaming candles brought out from the cabin. I began to worry that NOTHING would be done.

So I asked one of the attendants. And she said they would be doing something on the decent. She wouldn’t say what.

The-Prettiest-girl-in-the-World eyed me suspiciously. I mean either I was flirting with the pretty attendant or her worst fears were about to come true.

In the end, on the decent, they asked everyone on the plane to wish The-Prettiest-Girl-in-the-World a happy birthday. She went beet red, sunk down in her chair and gave me the finger… right at the moment a little girl leaned around to wish her a happy birthday.

I leaned across the aisle and wished her a happy birthday. She told me she’d get me for this. She. Would. Get. Me. For. This.

The great birthday adventure had begun!

But more little adventures awaited us on our day of travel.

Some I couldn’t have possibly predicted despite my overly active and twisted imagination.