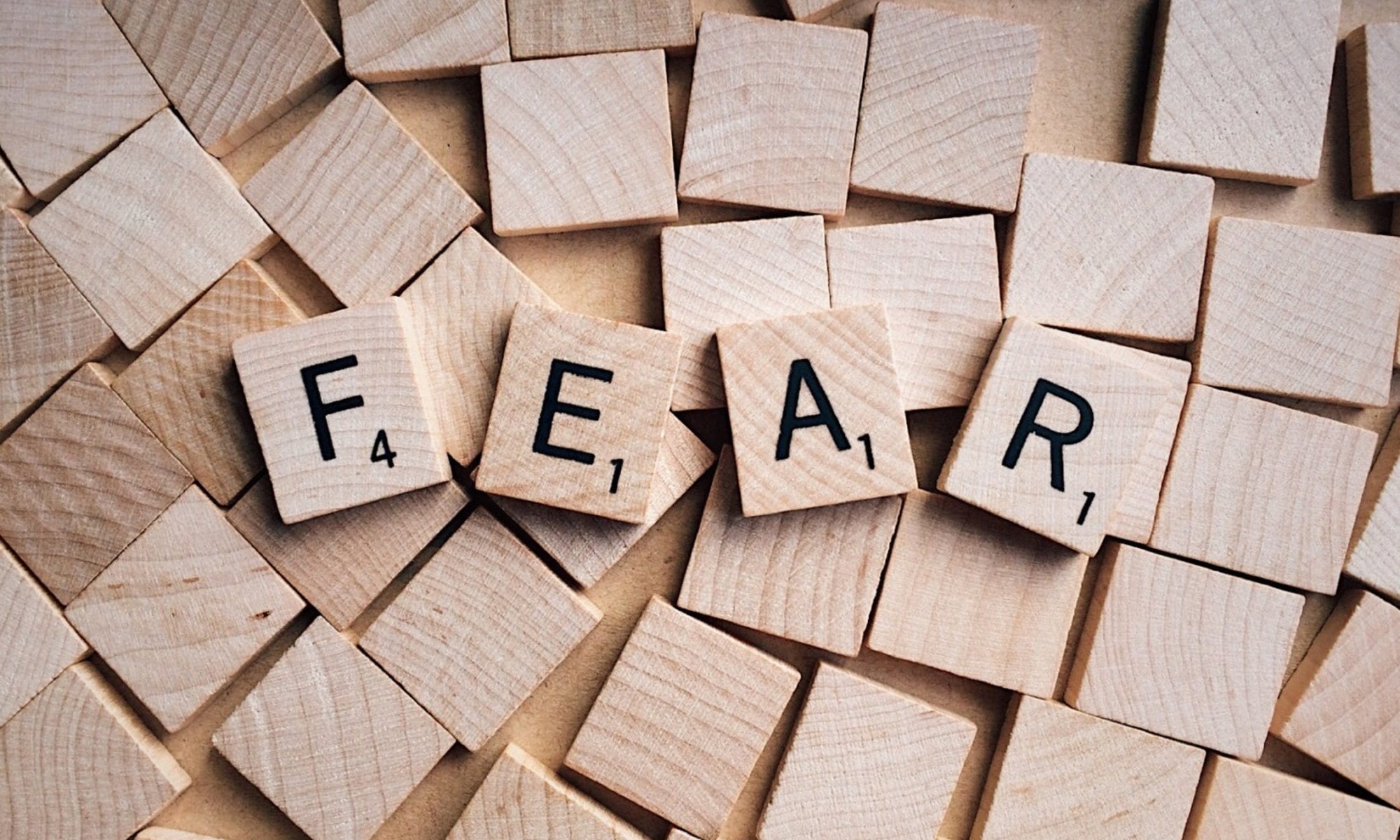 Fear, true fear, ultimately comes from the emotional part of our brain.

Personally, I think it was how we died in a previous life and our spirit stored it that way so we wouldn’t, you know, taunt a lion, again, get stung by a bee and die from an allergic reaction, or climb to the top of a mountain to see the view only to slip and fall 10,000 ft to splat on the rocks below.

So, while the Jet boat ride in Whistler was fun, I have to say, ¾ of us were all a little nervous about this whole zip-lining thing.

Oh, we’d all been on a zip-line before and I found it scary at first, but ultimately kinda exhilarating. This one, however, looked simply terrifying.

It was called the Sasquatch and went for 2.2 km. You’d reach speeds of 120kmh (or faster if you were a heavy beast like me.)

When The-Youngest told us he wanted to do it, we said, no. Actually, I think we said hell no. But foolishly, we gave both boys the power to do one thing they wanted to do in Whistler and this was his thing. The-Oldest, as you may recall from the last post, wanted to play the piano.

The-Youngest showed us youtube videos to make us less scared. He got a pamphlet saying what fun it would be. He read testimonials and pointed out that no one has died.

It really wasn’t until we were at the base of the mountain looking up at a line of red balloon-like markers spanning the two peaks, that we realized what this ride was about. The-Prettiest-Girl-in-the-World said, wow, I guess they don’t want planes flying between the peaks or they’re worried about the nearby gondola.

No, The-Youngest said, “That’s showing where the zip-line is.”

My eye began to twitch at that.

But a deal is a deal, we took the van up to the zip-line point, climbed a huge freaking tower and stood there looking at the drop, the zip-line sagging straight down.

We all went pale except for The-Oldest who shrugged and said he thought it would be scarier.

Are you kidding me?

Being afraid of heights, standing there, looking down, I couldn’t simply override my lizard brain with a whole litany of logic.

It’ll be over quick.

Even the Dune Litany failed me. I must not fear. Fear is the mind killer. Fear is the little death that brings total obliteration. I will face my fear. I will permit it to wash through me. And when it is gone, I will turn the inner eye to see its path. Where the fear has gone, there will be nothing. Only I will remain.

Well, all and good for some Dune prophet but it didn’t help me one bit. I was still terrified.

So was The-Youngest. And The-Prettiest-Girl-in-the-World, both pale as ghosts, but despite their keen desire to find a reason to turn back, they didn’t.

They took the plunge.

Then came my turn (and The-Oldest’s.)

He got hooked up and marched down the steps and stood on the brink of doom like it was nothing.

Me, I was shaking.

By the time the doors opened, I was shaking a lot.

Now for some people, this is no big deal. They’d do it naked, hanging upside down with a roman candle sparkling from their butt while singing Ave Maria.

Me? Well. Each step I took downwards was, perhaps, the scariest thing I’ve ever done. Scarier than pitching my novels, though I had similarly sweaty palms. Scarier than going on a date at 50 years old, though in both cases, my heart pounded in my chest like it wanted to leap out and run away, have a beer, and watch other idiots do this.

When I reached the last step, the guide said, ok, on three.

My sphincter clenched so hard that I nearly created a black hole.

My mouth went completely dry which makes sense since all the liquid in my body had gone to make sure my palms were so wet that I couldn’t hold on to anything, which totally doesn’t make we wonder if we did evolve from monkeys who would surely need good dry palms to swing away from tigers or Green Peace or something.

My life flashed before my eyes.

It was, not surprisingly, rather dull.

I didn’t scream. I didn’t wet myself. I didn’t even close my eyes. I got mad. Mad that I was so scared. Mad to use up all that fight or flight energy. Mad because I had to jump off a flipping tower and travel at the speed of a falling sack of bricks.

But being mad allowed me to actually enjoy the ride.

I did. All the way to the bottom.

But, as we gathered on the other tower, The-Oldest saying he found it boring, that he should have gone upside down and taken pictures, The-Youngest bouncing up and down with unbridled glee, wanting to do it again, can we, can we do it again, The Prettiest-Girl-in-the-World looked at me and I looked at her and we said, shit, never, ever, ever, again.

Because, despite us both surviving, there comes a point in your life where being terrified isn’t all it’s cracked up to be.

Fear, in the end, didn’t defeat us, didn’t kill us, but man did it make us appreciate a nice chair on a beach somewhere. Drink with an umbrella in hand.

There are moments you just know will stick with you forever. Often they’re bad but when they’re good, they’re very good. While in Whistler, I had both. But first, the good one.

We all had ideas of what we wanted to do in Whistler. Zip-lining. Jet-boating. And, of course, playing the piano.

To be fair, only one of us wanted the later, but The-Oldest very much wanted to find a piano in the open and play it. He’d found one is Osoyoos. It was placed out on the sidewalk with an invitation for anyone to play it.

Being brave, he played it, and much to his surprise got tipped nearly $20.

So, while in Whistler, he was determined to find another piano and entertain everyone, (and, you know, maybe collect some cash, too.)

We found one outside of the Arts Whistler Community Center. Painted brightly, it was a simple stand-up piano with a simple bench.

He sat down on the bench, hunched over the keys and began to play while we settled on comfortable benches to watch. Being slightly out of the way, there weren’t a lot of people coming by, but one family stopped and their little girl wanted to help The-Oldest out. She was enthralled with his playing and looked up in awe at The-Oldest like he was a god or like how I look at a donut.

It was cute. Super cute.

But then came along another girl who was in her, well, let’s say her early twenties. She stopped to listen, shaking her head at what The-Oldest pounded out on the keys.

“He’s amazing,” she said. “How long has he been playing?”

“18 months,” I said. “One day, he just sat down at the piano and began to play. His mom showed him the basics, but he soon zoomed past her and began to tackle Liszt and Greig and Rachmaninoff.”

“That’s incredible,” the girl said, listening to The-Oldest play. “I play the piano, too. And the guitar. And I compose.”

“That’s so cool,” I said. “He’s just begun composing. He works on it day and night.”

“He’s found his passion,” The-Prettiest-Girl-in-the-World said. “We have to drag him away to eat.”

The girl listened to The-Oldest longer. “He plays so beautifully,” she said, her eyes filling with tears. “That he’s found his passion so young in life, is… so beautiful.” Tears rolled down her cheeks.

His music, his story, had moved her.

Immediately, the Prettiest-Girl-in-the-World began to tear up as well. She comes from a teary people.

“He’s just incredible,” the girl said, wiping away her tears, then apologized for crying, but really, there was nothing to apologize for.

The-Oldest had moved his first fan to tears. Usually, I have to step on someone’s foot to do that or eat a bad burrito and expel noxious gas afterward, but he’d done it with the way he played. Fearlessly. Passionately. Beautifully.

That moment will stick with me forever.

(Below are vids of him playing)