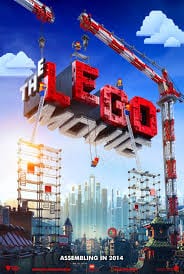 The City of Bricksburg.

The only thing the Prettiest-girl-in-the-world wanted was to see the set from the lego movie, the place where everything is awesome.

The layout of Legoland, I swear, is designed to confuse and disorient people. I won’t say we got lost, cuz, you’re never really lost, but we sure got turned around a bit. It was after striding past the same weary father sitting on a bench, his eye twitching, his stroller of twins wailing, that we realized we needed help.

So we found an employee older than us. Older than the boys grandparents. Older than the park and lego itself, I think. Anyway, he led us to the location, kinda slowly. But it was right by where Legoland had their only mascots posing for pictures.

Now, you have to understand, the boys are terrified of mascots for some reason I cannot fathom. Clowns, I get. Zombies, I get. James Woods, I get. But mascots?

The Prettiest-girl-in-the-world took the youngest by the hand, while I pointed out how pretty the sky looked to the oldest. I don’t think he was fooled at all, but we all made our way past the monsters that looked like Emmet Brickowski and Wyldstyle (have I spelled that right?) No meltdowns occurred.

Plus, unless I’m mistaken, the boys were kind of ok with it all.

Hmmm. Maybe the mecca of Disneyland can be in our future!

Inside the sound stage, they had set up the whole of Bricksburg and oh, momma, was that a site to see. It’s “more than 1200 LEGO models made out of more than three million LEGO bricks. It took a team of ten Model Builders more than 2000 hours to assemble and a team of four Model Builders six weeks to reassemble.”

All glued as God and President Business intended (I assume, cuz I kinda rooted for PresBiz and I know he would have wanted it that way.)

The guide gave us a quest, too. To find Batman, Wonder Woman. That goof, the Green Lantern, and Superman. We found them all.

And saw Emmet dancing, saw the micromanagers battling the inhabitants of Bricksburg, saw the bunk couch that Emmet built, … OMG so much was in there.

The youngest ran around and around the display like I used to see the Indians do when they attacked John Wayne. Don’t see much of that anymore. He looked mesmerized by all that had been done.

And the oldest, he went to every d

isplay, every world, and told me about who was in it, what was interesting about it and why I should care. He seriously needs to be a guide some  day.

However, he said, as he stared wide-eyed at the great ship the Sea Cow, “I want to be a master builder. I wish I could do this as my job.”

Hey, anything is possible,

But I think the Prettiest-girl-in-the-world enjoyed it the most. She marveled at the Bricksburg bridge, the life-sized workshop set up where every brick had a place, the way this place made her boys’ eyes light up. If you go to Legoland for any reason, see this exhibit.

Then, we were almost done.

It was time to make the youngest’s wish come true.